An architect in the making whose innovative design was chosen in a national competition to represent the official World War I Christmas football truce sculpture has visited Ryder Architecture with his class mates to hear about building design.

Spencer Turner, 10, from Farne Primary School in Newcastle won the national school competition after Prince William and England footballer Theo Walcott chose his work out of hundreds of entries.

Ryder managing partner Mark Thompson was so struck by Spencer’s achievement he invited Spencer and his class mates to their office at Cooper’s Studios.

“Too often teachers must feel demoralised by national league tables, it’s great to know there are teachers working hard to inspire young people like Spencer to national success.”

“We wanted to invite Spencer in as we were so impressed by his design. It is such a proud moment for him and we wanted to host his class to show them around our building to see what we do as designers. It was also a great opportunity to present a little gift to acknowledge his success.”

Prince William earlier this month met Spencer and his family and praised his design skill, saying he had captured “the very essence of the Christmas truce with his stunning design”.

“I’ve always loved drawing and design. Visiting Ryder was excellent. It made me realise that great ideas are as important as great design. Some of their buildings are amazing.”

“It’s great to inspire young children and give them aspirations. Spencer wants to be an architect, but some other children who may not yet be sure what they want to do will have gained some valuable insight during this visit. We thank Ryder for their hospitality.” 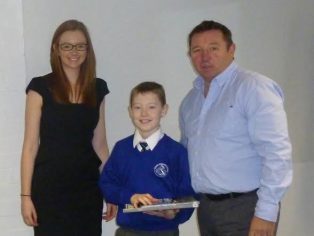 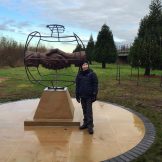