Housebuilder Redrow has marked its 40th anniversary year by winning one of the industry’s top honours.

The developer was named Housebuilder of the Year at the prestigious Building Awards, in London, with judges saying that Redrow Homes had:

“demonstrated a fantastic turnaround, thanks to its excellent new product development and broader appeal.”

Making it a double celebration, the company’s founder and chairman Steve Morgan – who launched Redrow in 1974 – also collected Building Magazine’s Personality of the Year award.

Speaking after the ceremony, Steve said:

“It’s fantastic to win the Housebuilder of the Year title, especially in our 40th anniversary year, and it’s testament to the commitment and hard work of all of our team at Redrow for their role in delivering a quality product and excellent customer service. However, awards like this are also important to our customers as they provide reassurance that Redrow is an established, successful and responsible developer.”

The Housebuilder of the Year accolade reflects a year when the developer’s London business continued to grow – Redrow now has a development portfolio inside the M25 with an estimated GDV of £2Bn – and Redrow cemented its reputation across England and Wales for stylish, family homes with the Heritage Collection and, more recently, its Abode range.

Marketing innovations include the My Redrow online customer engagement experience – winner of the overall Customer Engagement title at the 2013 Peer Awards – while the company recently retained its Home Builders Federation (HBF) 5* customer satisfaction rating for the fourth consecutive year. Redrow has also won the prestigious Housebuilder Award for best marketing initiative for three consecutive years and was named in Building magazine’s Good Employer Guide for its commitment to staff training and development.

In the financial year ended June 2013, legal completions rose 15% to 2,827, pre-tax profit was up 63% to £70 million and the board reinstated a final dividend. Half year figures to December 2013 saw further big increases in revenue and profit and announcement of the first interim dividend to shareholders for six years.

“All of this puts us in an excellent position as we approach our 40th anniversary in November of this year.”

With its national headquarters still in North Wales 40 years after those modest beginnings, Redrow is now a FTSE250 company and has 11 operating divisions building almost 3,000 new homes annually across England and Wales.

For details of developments visit: www.redrow.co.uk. 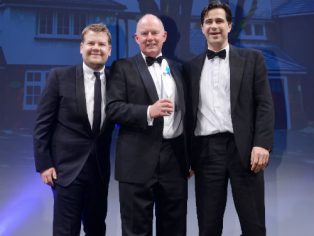 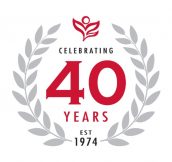