Barton Willmore, the leading Planning and Design consultancy which recently expanded its operation in Scotland with the opening of an office in the centre of Glasgow, has announced the appointment of a new Planning Associate.

Andrew Woodrow joins the Queen Street-based firm just months after the business opened its second office in the Central Belt alongside its existing operation in Edinburgh.

With more than 16 years of experience in the planning and development sector, Andrew brings a wealth of knowledge and experience to the organisation.

He previously worked for real estate and investment firm, CBRE, working across a range of high profile projects including major residential, hotel, student accommodation and shopping centre developments in Glasgow. He has also worked on large scale retail parks in Dundee and South Lanarkshire and urban expansion projects in South Lanarkshire and Renfrewshire.

“Andrew brings years of knowledge and experience of the Glasgow and wider Scottish market. This local expertise will sit alongside our existing team of seven Chartered Town Planners in Scotland, as we look to grow our presence in the West.”

“I am delighted to join a company like Barton Willmore which has such a strong reputation for planning and design across Scotland, with some fantastic projects and clients on their books. I am excited to not only join an organisation that has such a track record, but at the same time is expanding into new territory. I’m really looking forward to playing a key role in the new venture.”

Barton Willmore has built up a strong reputation for the delivery of integrated Planning and Design services across Scotland. Over the last few years it has helped deliver landmark projects such as the regeneration of Pennywell in north Edinburgh and the expansion of Scotland’s largest operational port in Aberdeen.

More recently it was involved in the redevelopment of a site in Pollokshaws, Glasgow, that will see 137 new homes built with vibrant public realm spaces and a well-considered streetscape alongside Urban Union as part of the Transforming Communities: Glasgow programme. It has also led on plans for the redevelopment of the former Tullis Russell Mill site in Glenrothes, Fife. 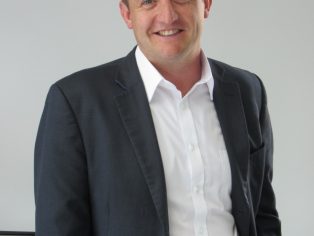