‘Performance’ announced as the theme for World Architecture Festival 2017

The World Architecture Festival (WAF) has announced that ‘Performance’ will be the theme for its tenth edition, which is to be held at the Arena Berlin in Germany from 15-17 November 2017.

The notion of performance in architecture will be central to this year’s architectural tour programme, including a visit to Hans Scharoun’s Berlin Philharmonie, which inspired the concept of listening to music in the round when it opened in 1963.

Other destinations on the tour programme include Radialsystem V, by Gerhard Spangenberg, the former pumping station now repurposed for use as a venue for contemporary dance and music events, and Frank Gehry’s Pierre Boulez Concert Hall.

“This year we will examine the multiple aspects of performance that architecture has to embrace: aesthetic, technical, economic and psychological.

We will be discussing buildings designed for performance – for example theatres and concert halls – but also the role that buildings play in the life and spectacle of the city itself.~”

The WAF Awards, the ‘Oscars of architecture’, sit at the heart of the Festival and celebrate global architectural excellence across completed buildings, future projects and landscape projects. Entries are being welcomed in 30 categories.
Entrants for the WAF Awards programme can take advantage of an Early Bird rate until 27 April. The final deadline for entries this year is 18 May. Practices submitting three or more projects will be able to enjoy a 15% discount on entry fees.

Following a triumphant return to Europe in 2016 after four successful years in Singapore, this year’s edition will again be housed in Franz Ahrens’ historic former bus depot. 2016 was the best attended edition yet, with more than 2,300 of the world’s leading architects and designers attending WAF and its co-located sister event INSIDE World Festival of Interiors for three days of conference programmes, awards, exhibitions and fringe events. 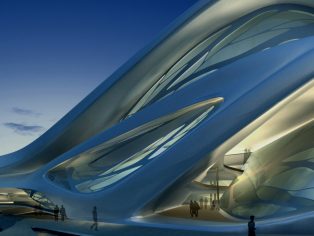