With increased frequency of flooding being experienced across the UK in recent years, Kevin Kiernan of Bowater Doors looks at the impact of climate change and what architects need to consider in specifying flood defence doors

The weather remains one of the most talked about topics in the UK, not a day goes by when it’s not used in polite conversation. However, recently it has taken a more serious tone in light of recent flooding events.

Before the autumn of 2018 even arrived and after months of blistering heatwaves, storms Ali and Bronagh reminded us how much damage flash flooding can cause.

In June 2019, parts of the UK were subjected to a month’s worth of rain in just 24 hours, once again leaving homeowners, local authorities and housing associations to deal with the expensive aftermath and clean up. Increasing pressures for land has resulted in developers seeking permission to build in areas “at risk” of flooding, but with an unprecedented increase in the demand for housing and an increase in rainfall, it’s essential that architects do everything they can to protect these buildings in the future.

The impact of climate change has been widely discussed and with the weather becoming more unpredictable, it came as little surprise that a WWF study, titled ‘Developing and piloting a UK Natural Capital Stress Test’, stated that up to 2.5 million homes will be at risk of flooding by 2050.

According to the Government’s own figures, nearly two million properties in floodplains along rivers, estuaries and coasts in the UK are potentially at risk of river or coastal flooding, closely mirroring the statistics provided by the WWF. In addition, a further 80,000 properties are at risk in towns and cities from flooding caused by heavy downpours that overwhelm urban drains, something that has become a frequent occurrence over the years.

Prevention is better than cure

It seems obvious, but floodwater not only destroys possessions, but also causes further damage to the property if left to stand. Ultimately, the duration of the flood and the height of the water will determine how much damage is caused.

Architects therefore need to consider how they can ensure their designs can best withstand the threat of floods to keep the building, residents and their belongings as safe as possible.

Unfortunately, you can never eliminate the risk of flooding entirely, but you can reduce the risk of water getting in. We have all seen countless images of flood-hit homes with sandbags piled high over main entrance doors to try and limit the amount of water entering a property. This is a reactive strategy that if often implemented after the water has risen beyond the threshold and has started to enter a property.

A flood door is one of the most effective forms of defence when a flood occurs, and they are now regularly fitted in ‘at risk’ properties. Their great benefit is that they are a permanent and discreet solution that requires no intervention by the occupier, yet can prevent water up to a depth of 600 mm from entering.

They operate by using a series of additional locking points that work together to form a seal around the door when it is shut and the lock is fully engaged.  The door remains in permanent flood defence mode under these conditions and requires no specialist operation. They have also been designed to look like a regular composite door to help maintain the kerb appeal of the property.

Flood doors are also one of the most cost effective tried and tested method of protecting a property and preventing the costly damage floods can cause, and will therefore help local authorities to future-proof their properties and their tenants’ belongings. Flood doors are also designed to be re-usable; if a flood occurs, it doesn’t need to be replaced when the water subsides, it simply needs to be serviced by a qualified door technician to ensure that any pollutants from the water are removed, and that the seals, locks and the installation are in working order should the waters rise again.

When it comes to choosing a flood defence door, the starting point is to make sure it has been tested to PAS 1188-1:2014, the UK standard for flood protection products.

All products tested to PAS 1188 are subject to an initial ‘type’ test and the facility that manufactures the product is also assessed for quality at the start of the process.

Flooding is a growing concern for many homeowners in the UK and is potentially devastating for those affected, not only in terms of damage to the building but the risk to life. With a number of studies identifying millions of homes at risk, there is a need to start future-proofing properties now. One of the most effective ways of doing this is by specifying a suitable flood defence door, which will mean it has PAS 1188 certification – the benefits of a 68 mm double rebated door, both in terms of ease of installation and performance are already widely understood.

Flood doors are a cost-effective, tried and trusted method of protecting a property from flooding and the damage it creates, and will therefore help local authorities and developers to future-proof their properties. 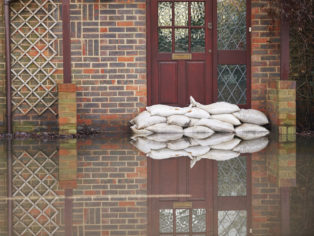 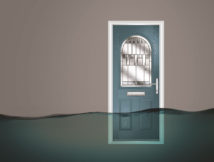