Many of us are accustomed to seeing ruined buildings; derelict structures lacking in love and financial support. But very few see a crumbling late 18th century boatshed, withered by years of harsh seaside conditions, and picture a future that will not only breathe new life into the building, but benefit the local community.

Despite it’s some-what neglected appearance, this is exactly what PORT (Portsoy Organisation for Restoration and Training, a key part of the Scottish Traditional Boat Festival) envisaged when they were gifted the Boatshed from the Portsoy Maritime Heritage Society in 2009. In response to the need to provide more active opportunities for young people in the area, the project will see the renovated boatshed used as a teaching facility; designed to preserve traditional boat building skills, interpersonal skills and teamwork. The training programme takes participants from the initial stages of boat building right through to learning to sail the boats they have helped to create. This inspiring project is due to begin with the foundation stone being laid during the Aberdeen Asset Management Scottish Traditional Boat Festival (STBF).

And the architects brave enough to take on this grand project? Kate and Andrew Brown from Brown + Brown Architects. Kate (29), originally from Yorkshire and Andrew (30), from the outskirts of Glasgow, met when they were both working for a large Glasgow practice as part of their architectural studies in 2006. After marrying two years later, the pair have lived in various locations across Scotland. In 2010, Andrew was offered a lecturing position at Robert Gordon University and they settled in the Aberdeenshire village of Rhynie. Established in September 2010, Brown + Brown Architects is a home based small business that works on residential, commercial and public projects.

“Not long after we moved to the area, we were approached by STBF Vice Chairman James Crombie to take part in the project after receiving a recommendation from one of our clients. We were immediately interested: not just because the regeneration project is an architect’s dream but because of the fantastic benefits the finished product will bring to the community.”

“To be a part of something that will be used to teach traditional boat building skills is really exciting and certainly not our average assignment.”

Not only will the finished product become an asset to the town of Portsoy, it will also be a perfect example of how a ruin can be transformed into a functional building again, and how modern design complements a historic setting, such as the listed harbour on which the Boatshed sits.

“The focus of the project is to introduce contemporary elements into the ruins (and the wider historic harbour), without compromising the very sensitive context. This will be achieved by slotting a large timber structure within the existing walls, and creating a highly insulated structure, lined in timber to reflect the building’s use and history.

“A glazed area connects the two stone buildings, and acts as an informal gathering space, with tiered seating, providing the potential of use by the wider community for events etc. It’s very important to be able to read the layers of the building, in order to understand what elements are original and what are new. In order to achieve this there will be some areas of visible stone internally, which allow visitors to read how the new/old flow together.”

The couple were joined by Emma Gibb, a then Masters student at Robert Gordon University, who assisted with the production, planning, drawings and artist impressions during the early stages of the project.

But, like any job, it hasn’t been without challenges. After all, they did take on, essentially, a ruin. Working on community projects has its own set of hurdles; funding applications and working with not one individual, but a group of volunteers.

“Because of their innovative and forward thinking designs, I was immediately attracted to Brown + Brown Architects. It takes a certain type of architect to see promise and design in a derelict old Boatshed. The project is going well and once completed, it will give the local community a spacious workshop which will allow training and restoration to be undertaken in full view of the public.

“The Boatshed is one of the few of its kind in Scotland, and we hope that this will become a must-see attraction for tourists to the area. There is a real emphasis nowadays on tradition and local heritage, and I believe that visitors will be keen to learn about the traditional craft skills of our forefathers, as well as learning a few new skills along the way. These activities are a wonderful vehicle for teaching the skills needed in life for the 21st century. This will also be a fantastic addition to the Festival agenda and one which many will come to see the relic restored. “

Founded in 1993 as a community event to commemorate the 300th anniversary of the creation of the harbour, the Scottish Traditional Boat Festival puts a special emphasis on the preservation of craft skills, boat building, restoration and sailing, and on associated authentic skills such as knitting, weaving and embroidery. The renovation of the Boatshed is a £420,000 project funded by Aberdeenshire Council, CARS (a collaboration between Aberdeenshire Council and Historic Scotland) and AEFF Axis 4 funding. 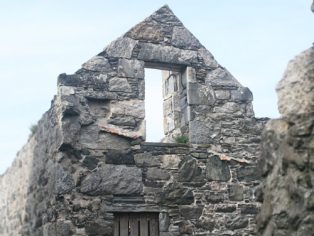 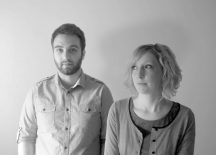