TPAC’s design is comprised of a 1,500-seat Grand Theatre, an 800-seat Multiform Theatre, and an 800-seat Proscenium Playhouse. Plugged into a transparent central cube, each theatre can function independently while sharing backstage space and mechanical facilities. However the Grand Theatre and the Multiform Theatre can also be combined into a Super Theatre with a 100-metre long space for experimental theatrical possibilities.

“This arrangement allows the stages to be coupled for unsuspected scenarios and uses. The design offers the advantages of specificity with the freedoms of the undefined.”

Running through TPAC is a public circulation path that allows glimpses of performances and backstage workings. The central cube of TPAC, lifted from the ground, liberates the space at ground level to create a plaza for public activities, drawing more people into the performing arts centre.

“With its superstructure finished, TPAC’s connection with the surrounding urban fabric becomes apparent. The performing arts centre responds to the adjacent Jiantan MRT station and the night market, channeling the energy of the informal public life of the surroundings into the site and the future building, intensifying their vitality.” 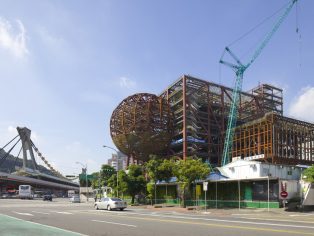 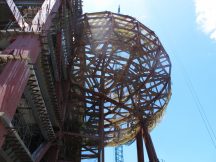 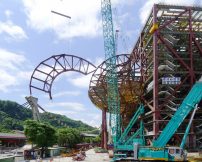 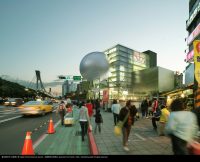 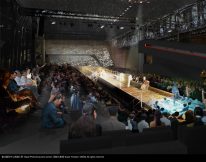