The roof refurbishment of the National Sperm Bank in Birmingham was one of the most sensitive projects undertaken by contractor Rio Asphalt in recent years. Completed last September to high acclaim, it was thanks to the specification of Sika Liquid Plastic’s new low odour liquid applied product, Decothane Ultra, that the works caused no disruption to the building’s vital facilities.

Due to its age, precautionary measures dictated a refurbishment was needed to protect the rooms in the building below from leaks. With the shear amount of plant on the roof, and based on the initial roof survey, it was decided that the single ply was in a good enough condition for the overlay of a new product.

“The Birmingham Sperm Bank is a fantastic example of a highly sensitive site where compromise wasn’t an option when specifying products. Through careful engineering and innovation, Sika Liquid Plastics developed Decothane Ultra using patented technology to enable use on highly sensitive sites, such as hospitals, food manufacturing plants and schools. These markets have always traditionally been more averse to using liquid applied membranes in case of complaints which could potentially disrupt operations.”

During the development of Decothane Ultra, the product itself was tested by Odournet, a team of independent consultants that develops, manages and delivers top level expertise on sensory analysis techniques and their application for product optimisation and material testing.

“Decothane Ultra was scientifically proven to be much lower odour when benchmarked against other single pack polyurethanes available in the market. We know the importance of seeking third party accreditations, they prove that the product holds up against vigorous testing and can be trusted in niche environments.”

“Due to the hospital environment, there were many important factors to consider when specifying a product – we had a very long list of performance criteria. We needed a cold applied liquid membrane for the roof, as this would be suitable to seamlessly cover the existing roof and prevent water ingress around the existing plant, lightning conductors and pipe penetrations. As well as this, a cold applied solution would mean we could keep the building open and negate any risk of fire with hot works.”

“In the sperm bank, the correct temperature is imperative at all times, as they are stored under what is termed, ‘volatile conditions’. Switching off machinery and ventilation, or removing staff, was just not an option. Therefore, speed and the lowest possible level of disruption were key in choosing a product and working with a contractor.”

Tasked with waterproofing a roof covered in plant, Rio Asphalt had to work within a short timeframe while the building was in constant use.

“Decothane Ultra was the agreed liquid approved waterproofing solution, which was a great choice considering the fast turnaround we were given for the job. We had a very small window – a couple of weeks in fact – to complete the project. It was especially challenging due to the sheer amount of plant and detailing we had to work with.

“We have been using Sika Liquid Plastics products for many years and our operatives have been trained by the Sika applications team. It’s great to get the chance to work on such challenging projects which require the latest developments and big thinking to achieve.”

To deliver the 20 year guarantee and ensure the Sperm Bank roof would be sound for years to come, the works were inspected during progress by the Sika Liquid Plastics technical team, leading to a full 34 point Final Inspection Certificate sign off. The entire project was completed without disruption to the essential services of the bank below and the building remained operational throughout. 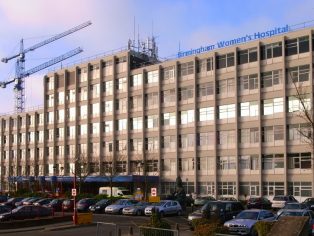 The National Sperm Bank is part of Birmingham Women’s Hospital, which recently benefited from a roof refurbishment with Decothane Ultra