Newton Waterproofing continues to keep the Houses of Parliament dry

The Houses of Parliament is a landmark that has dominated the London skyline for over 150 years, present in its current location in some form since the 11th century. Newton Waterproofing Systems is extremely privileged to once again share in securing the future of this historic building.

The Houses of Parliament and Newton Waterproofing go back a long time. The 30 year construction project to create the iconic gothic building that we all know today began back in 1840, shortly before ‘John Newton & Company Ltd’ successfully established itself as the premier supplier of animal hair for plastering. As part of the construction, the original John Newton provided his material to help create the magnificent ceilings of the new building.

Over a century later, Newton was again on hand to install the newly invented Newtonite ventilated damp proofing membrane to lower ground floor rooms suffering from water ingress from the adjacent River Thames. More recently, in the 1980’s the Newton 805 Newlath membrane followed its predecessor, as it was also installed in several other lower ground floor rooms as remedial protection against damp.

With such a long-standing relationship, Newton was delighted to return for this new project, which initially required a detailed analysis of the plans and drawings for the project by Newton Specialist Basement Contractor MacLennanUK, in order to specify a guaranteed waterproofing solution for the new-build basement. With a solution in place, MacLennanUK decided to consult directly with Newton, whose products and technical expertise were perfectly suited to the project requirements.

Externally, Newton’s innovative, self-healing 403 HydroBond membrane was applied extensively to ensure a high performance waterproof seal around the basement structure. Internally, Newton 508 and Newton 520 membranes were both applied from floor to ceiling as part of a complete System 500 cavity drainage solution.

Once the finished structure was in place, the waterproofing was completed by the application of both a polyurea coating and further drainage membrane to the roof deck of the basement.

The completely waterproof structure is fully compliant with the requirements of BS 8102:2009, and will provide a durable and well-established waterproofing solution in this large new basement situated directly next to the River Thames.

After utilising multiple Newton Systems to great effect, MacLennanUK also provided an insured-backed guarantee for the work undertaken, confident in the level of protection against water ingress 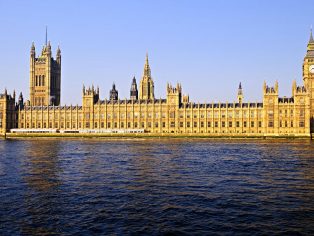