The doors to a brand new showhome have been opened at a housing development in Langford.

The development, known as Blagdon Gardens, comprises a range of three, four and five-bedroom homes, off Says Lane.

House-hunters can now explore the four-bedroom Elm showhome which was unveiled at the site earlier this month.

“We are so pleased to have opened the new showhome in Langford and it was fantastic to see so many people attend our launch event.

“It is always an exciting time when we open a showhome at a development as it gives people the chance to gain a real insight into what life could be like for them in one of the homes.

“We have chosen to open the Elm as it is a particularly popular housetype, which has been carefully designed for modern family life.

“The new homes at Blagdon Gardens have already received a great deal of interest, so I would encourage house-hunters to visit the development to avoid missing out.” 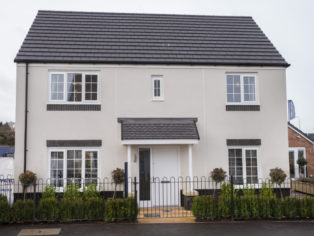