With a hark back to its heritage as the company that re-roofed London, Redland – the UK’s leading manufacturer and supplier of pitched roof systems – is setting new standards in large format interlocking clay tiles with the introduction of the Westminster Slate.

Offering efficiencies in both materials and installation, the Westminster Slate delivers the quality and aesthetic of traditional clay tiles, yet more cost-effectively as its size and interlocking design mean that only 10 tiles are needed per m2, compared to 60 for traditional clay plain tiles.

Redland’s reputation as the company to re-roof the capital was gained in the immediate post-war period, when there was a desperate need to rebuild the estimated 1,000,000 homes damaged or destroyed in WW2. The mass-market Redland 49 small-format cambered tile rapidly became the roof covering of choice, and is widespread through the city to this day.

The Westminster Slate – albeit in clay rather than concrete like the Redland 49 – similarly gives developers, contractors, specifiers and local authorities the opportunity to roof and re-roof relatively inexpensively; while realising all the high performance and aesthetic benefits of clay tiles. Overall dimensions of the slate are 480 x 326mm, with a cover width of 280mm and headlap range between 110mm and 140mm.

A whole host of compatible accessories and components means that the tiles can be laid on a variety of roof configurations. Hips and ridges are available in both Half-Round and Universal Angle, and in permutations to allow either a colour-matched roof or the contrast typically favoured on slate roofs. Valleys are covered by Redland’s Dry Valley or 125 GRP Valley; while ventilation is afforded by the high-performance 8.8k ThruVent Tile.

In common with all Redland roofing products, Westminster Slate clay tiles have been subject to rigorous freeze-thaw, wind-uplift and strength tests as well as being put through their paces in our state-of-the-art wind tunnel. Here, they were subjected to high wind and driving rain to test the tiles’ performance in terms of weathertightness.

These tests demonstrate that the tiles meet all the requirements of BS 5534: 2014 Code of practice for Slating and Tiling if installed in accordance with Redland fixing recommendations.

Find out more at www.redland.co.uk/westminster 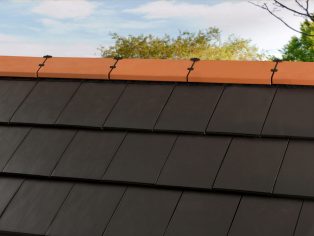 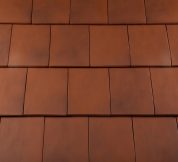 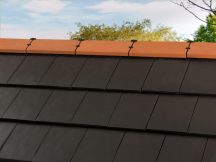