The creation of a dedicated fund aimed at lending to SME house builders will help to tackle the housing crisis, the Federation of Master Builders (FMB) has said in response to an announcement by Philip Hammond and Sajid Javid at the Conservative Party Conference.

“We welcome the Government’s renewed focus on house building and its recognition that without a resurgent SME sector, there’s little prospect of the country tackling its chronic under-supply of new homes. The launch of a £3 billion Home Builders Fund, a significant part of which will be specifically targeted at supporting small scale developers, will tackle one of the key barriers to SME house builders – a lack of access to finance. One in two local house builders cite difficulty accessing finance as a major barrier to their ability to build more homes, demonstrating the latent potential of a sector that can play a much larger role in tackling the gap between supply and demand of new homes.”

“This problem is particularly pronounced for the smallest firms and new entrants. It’s therefore critical that the new fund is made accessible to firms that will not want to engage with lengthy bureaucratic processes. Some Government funding schemes have been previously available to smaller developers, but received relatively poor take up due to the perceived complexity of applying, and the challenging timescales for delivery and repayment. The Government will need to work closely with industry to ensure that this policy is delivered in a way that is accessible and that enables both existing SMEs and new entrants to make maximum use of such a substantial fund. If the Government get the details of this fund right, we would hope that the anticipated building of 25,500 homes over the course of this Parliament could act as a real catalyst for a much wider revival of SME house builders.” 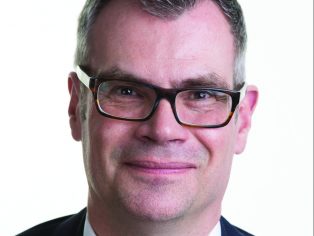