The book’s title, The City as a Tangled Bank: Urban Design vs Urban Evolution, takes its inspiration from the concluding passage of Darwin’s On the Origin of Species and emphasises how habitat and life are intertwined.

In it, Farrell encourages planners and architects to shift their mindset and follow the biologists to look at, learn from and admire the nature of the forces that drive change – and then work with them to anticipate and prepare for where it takes us.

This publication asks far reaching questions about the relationship between design, built reality and accelerated change: How can we in an urban context reconcile design with evolution? Designers are generally educated to offer a certain, controlled view of the world, seeking definite solutions, whereas the city tends to represent collective human life and be unharnessed in its growth and contractions.

Throughout history, human habitats have largely been the consequence of organic growth – the layering of many hands – rather than the result of a single grand design. But in today’s worldwide climate of accelerated urbanisation, the need for architects and designers to engage with the city in flux is more compelling than ever. In this latest title in the AD Primer series Sir Terry Farrell, who has built an international career as an architect-planner, analyses the notions of urban design and urban evolution and examines whether or not they need necessarily be seen as opposing one another.

He brings his own considerable experience in practice to bear, elucidating his thoughts with illustrated examples from cities across the world, including Beijing, Hong Kong, London, New York and Paris.

The City as a Tangled Bank: Urban Design vs Urban Evolution is available wherever books and e-books are sold priced £27.99. 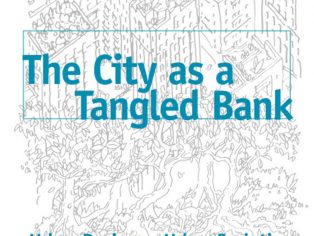