Leading fenestration partner to the social housing, new build and commercial sectors, Nationwide Windows & Doors is living up to its name by making further investment into its network of depots across the UK.

“Thanks to the recent win of a six-year contract with Cheltenham Borough Homes, we’ve just opened a new depot in Cheltenham.  This has seen an investment of around £875,000 and the aim is to support current and potential new contracts in the South West.  There will be twelve fitting teams operating from this depot servicing around 5,000 properties in Cheltenham, Gloucester, Bristol and Swindon.  As well as the fitting teams we will also be employing a team of admin and support staff, with a workforce totalling thirty-five employees.”

“We’ve also made further investment into other areas of the country.  As recently announced, the Nottingham depot has moved into a larger premises. We’ve worked with Nottingham City Homes (NCH) since 2008 as a preferred partner on the Secure Warm Modern Programme initially covering 15,300 homes.  Thanks to the continued successful partnership with NCH the move sees our capacity in the area increase to 18,872 square feet, allowing for further growth.”

“And investment doesn’t stop there. A new retail showroom has been opened in London, and is a facility that allows us to showcase our extensive product range as well as support the work we carry out with Metropolitan Homes and a Noise Attenuation Scheme in the London area. In order to better service our customers in North Wales and the North West of England, the current Bangor depot has been absorbed into a new larger premises in Deeside.  The new depot is 5,700 sq feet and will see an investment of £650,000 over the next five years.”

“These are exciting times for Nationwide Windows & Doors as a company but also a reflection on the positive market place we are operating in.  We are very proud of the fantastic partnerships we have developed across the country in both social housing and new build. Sustainability and community support where we live and work has always been a core principal for our business. These recent investments allow us an employer to establish local jobs and training for new skills, qualifications and life opportunities. To be able to continue expansion investment across the UK was the logical next step to securing a longer term future for us and our partners.” 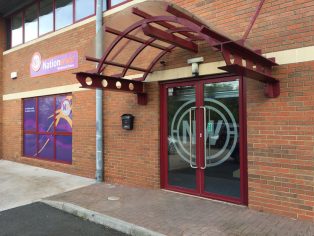 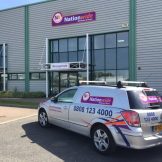