More people are owning their home

New figures show that Government initiatives are turning around the decade-long decline in home ownership.

The latest English Housing Survey, released today, shows that the number of people owning their own home has stopped reducing for the first time since 2003 with 14 million owner occupiers across the country last year.

These figures come a week after other data showed that lending for first-time buyers is higher than that for home movers for the first time in twenty years, with first-time buyers’ mortgages up 33%.

“We are determined to ensure that anyone who works hard and aspires to own their own home has the opportunity to do so. Since 2010 over 300,000 households have been helped into home ownership through Government-backed schemes.

“The ground-breaking Housing and Planning Act will allow us to go even further delivering our ambition to build an additional one million homes.”

The survey shows that the reinvigorated and extended flagship Right to Buy scheme has boosted the aspiration of social housing tenants, with those expecting to buy their current home continuing to rise from 20% in 2012 to 24% in 2014-15.

The survey also showed an increase in satisfaction with the tenure for private renters over the last ten years, rising from 48% in 2004-05 to 65% in 2014-15. And 82% were satisfied with their privately rented accommodation.

There has also been a large decline in the proportion of private tenants living in non-decent homes, decreasing from 47% in 2006 to 28% in 2014.

In the Government’s landmark Housing and Planning Act an ambitious package of measures will be implemented to ensure England’s nine million private tenants receive the quality housing and protections they deserve.

More than 52,500 people have purchased their home through Right to Buy since the scheme was reinvigorated in 2012 – over 1,000 households a month.

And more than 309,000 have now been helped to purchase a home through government backed schemes – that’s 141 new homeowners a day.

Help to Buy schemes continue to benefit first time buyers overwhelmingly, with 118,000 households having bought their first home thanks to the scheme and are 80% of the overall Help to Buy buyers. 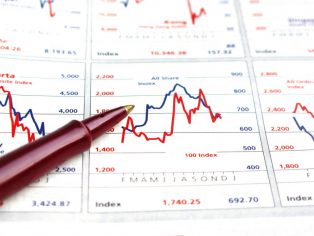