Mining Matters: Why it pays to know what’s underground

Despite the golden age of mining now consigned to the past, mines still pose a very real threat to today’s homeowners. Lying forgotten underneath homes and land across the country, from Cornwall to Scotland, mines not only have the potential to wipe thousands off a property’s value but also present a significant danger to those living above.

With over 130,000 properties in the UK located within just 20 metres of a mineshaft, mines are an unwelcome reality for many. While posing an obvious risk to occupants, the discovery of mines can put a stop to a dream home purchase, but also bring a firm halt to any plans for extending or adapting a current property – with any issues likely proving costly to put right.

However, identifying a mine doesn’t have to signal the end of purchase plans and can even play a vital role during early sales negotiations, saving hundreds of thousands of pounds, as well as ensuring a dream home or development, is safe in the long term. Paul Raglan, Mining Searches UK, offers his expertise on why knowing what’s underground can prove vital in not only safeguarding a property, but also resident lives.

Mining may be dismissed as a chapter in the nation’s history – but this is far from the truth, with historic mines still having an impact on today’s homeowners and housing market. Over 290,000 dormant and closed mines exist in the UK, criss-crossing the entire country. Whether under busy cities and remote countryside, mines are frequently found where they would be least expected, including in the heart of Kensington and grounds of Wentworth House.

Mine workings commonly run long distances beneath the ground from mine shafts and extend beneath existing residential properties. These shafts and tunnels could potentially cave in if not properly dealt with, causing subsidence and damage to buildings above them – so it’s important that these are addressed before a problem arises to not only save further financial investment in the future, but to also safeguard the lives of those living above.

It is also not uncommon for lenders to refuse mortgage applications for properties located in known mining hot-spots, and millions of pounds is also paid out every year in claims to homeowners whose property has been damaged by abandoned mines. Often leaving little, if any, evidence on the surface, mines have the potential to cause major problems to a property – and in many instances, by the time this becomes apparent, the damage is already done.

Identifying and remediating mining risks can not only help ensure a smooth home sale, but also in the construction of a home extension, providing valuable information as to the stability and composition of the land. For those in known mining areas where there is a risk that work might intersect with a mine working, mining searches are a Building Control requirement, and a crucial step in the initial planning process.

If a home is close to a known mining area, an expert mining search organisation should be consulted before any plans or exchange takes place. These experts will be able to evaluate and determine the risks by referring to all available data about the property and surrounding area – from using historic archives and land record, to town plans, Ordnance Surveys and maps – producing a detailed report which includes each of the steps required to address any identified issues. Where a risk is identified, buyers can potentially negotiate value down considerably – but only if they are willing to invest in further investigations.

For those considering buying a property in a known mining area, or for those who have identified a risk, obtaining the correct type of search is also vital; for example, getting a coal search in Cornwall has no value, with this type of mining never taking place in the area. In areas affected by coal mining, such as Bristol or Somerset, the Coal Authority has a duty to investigate serious subsidence issues.

Where significant mining features are identified, ground investigation is recommended to clarify any associated risks. In the worst-case scenario, where investigation confirms the presence of mining features, property can be rendered unsuitable for mortgage and available for cash purchase only, often with a drop-in market value. For those looking to extend or adapt properties, having all the information about the area to hand can also help with development design, ensuring that a structure is safe and located away from any identified mining features.

Ignoring or underestimating the impact of the ground, can prove to be a costly mistake to today’s homeowners. It is always wise to consult experts, who will be able to provide a detailed and accurate outline of not just the feasibility of the project or home sale, but also the associated risks – helping to save homeowners time and money in the long term.

Although the results of a mining search can sometimes uncover unwelcome information, they offer buyers and homeowners reassurance that their property is safe. If ignored, people may find themselves with a property which has not only reduced in value, but also requires a heavy investment to fix any mining problems. Although many of the county’s mines have now been closed for decades, they are still a key consideration in the property market, and by detecting and fixing problems at the earliest possible stages, buyers and owners can ensure they are protected in the 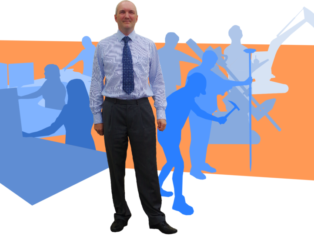