Midas Group named One to Watch for 2015

The Midas Group, one of the largest independent construction companies in the South West, has been named One to Watch in 2015 by Best Companies, which produces the annual Sunday Times Best Companies to Work For list.

Best Companies has been assessing organisations for accreditation as ‘Ones to Watch’ since 2006 as a nationally recognised way of assessing excellence in the workplace. Making the list is evidence of a company focusing on workplace engagement as an integral component of its drive to grow.

Ian Bassett, Head of People at The Midas Group, said:

“We are extremely proud to receive the One to Watch accreditation after participating in the survey for the first time. This title recognises our focus at Midas on employee engagement as a key part of our overall group strategy. Our employees play an essential role in delivering our company’s vision of providing industry-leading customer service.

“This is a particularly pleasing plaudit to earn as it follows on from Midas earning a Silver Investors in People accreditation in 2014, as well as winning the prestigious WMN Employer of the Year Award last year. We continue to focus on ensuring Midas is a great place to work as the company grows.”

Best Companies surveyed almost half a million employees from companies across the UK in 2014 to compile the nationwide list. The organisation’s methodology is widely recognised as being the most rigorous measure of employee engagement and helps businesses to measure engagement levels and identify areas that can be improved.

Every organisation that applies for Best Companies Accreditation is given a Best Companies Index score (BCI). This score (on a scale of 1 to 1000) is defined from employee responses to questions within the Best Companies survey. All the organisations in the Ones to Watch list have received a BCI score of at least 600.

Last year, Midas proved it is not only one of the most successful and innovative independent construction companies in the South West, but also one of the best employers.

With especially low staff turnover rates and a proven track record of prioritising staff development, Midas was officially judged an exemplary employer when it was honoured with the prestigious Investors in People Silver award, ranking it among the top 10 per cent of construction companies to work for across the UK.

Recent key projects undertaken by Midas in the Westcountry include the new John Lewis store in Exeter; a £12 million refurbishment of North Prospect properties for Plymouth Community Homes; a £3.6m arts centre building for Plymouth University; the much-heralded Haven Banks outdoor activity centre in Exeter, and the new Knightstone Headquarters at the Weston Gateway Business Park next to the M5.

The Midas Group’s vision is to deliver industry-leading customer service, and the company is proud to be achieving that aim, with customer satisfaction scores at 83 per cent – well above industry average.

This has led to more than 70 per cent of contracts during 2014 arising from existing clients, and an especially strong financial position for Midas at the end of the financial year in 2014, with turnover increased by 12% to £202.9m and pre-tax profits up by 73% to £2.1m. 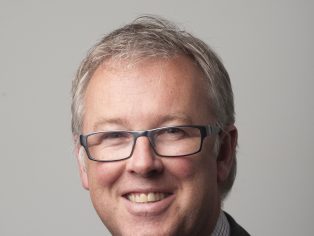 Ian Bassett, Head of People at The Midas Group