The Midas Group has announced a major new appointment to its senior management team as the company moves into the next phase of its growth strategy.

Rob Bradley has joined Midas, one of the largest independent construction companies in the UK, in the role of Executive Director. A key part of his role will be to work closely with Midas Group Chief Executive Alan Hope to support the company’s expanding housing, retail and interiors divisions.

“This appointment is a significant move for Midas. Rob will play a crucial role in supporting myself and our established senior leadership team to maintain the strong growth we have experienced over recent years as our target markets continue to improve and provide more favourable trading conditions.”

Mr Bradley has more than 20 years’ experience within the construction industry. He joins the company having previously held the role of Regional Managing Director for Bouygues UK (formerly Leadbitter) for over ten years. He also held senior leadership roles with Wilmott Dixon and Pearce (now ISG).
Rob Bradley said:

“I’m delighted to be joining Midas, one of the UK’s largest and most successful independent construction companies. This is an exciting time for the Group and I look forward to growing the business even further and helping the team continue to deliver industry leading levels of service and performance to our customers.”

Midas has experienced solid growth over recent years having expanded its geographic footprint, moving into the South and East from its heartland in the South West. 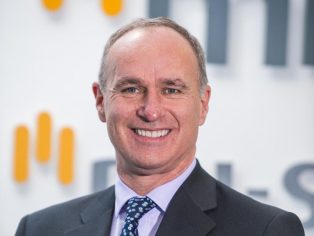