Work is due to start on a £3.7million extension to a major dockside warehouse facility in the Port of Southampton.

Midas Southern, a division of The Midas Group, won the contract to build the extension to an existing warehouse at dock gate 20 which is owned and managed by Associated British Ports (ABP).

The project will also see more than 3,000 solar panels installed on the roof of the building, which are forecast to produce around 760,000 units of sustainable electricity (KWh) per year.

Midas, one of the UK’s largest independent construction companies, will begin work in November on the large extension which will be built to a BREEAM excellent rating with eco-friendly elements such as solar panels installed on both the existing and new structures.

The warehouse is leased by a retail logistics distribution company called Import Services,

“We are delighted to be part of another major project for ABP in Southampton, which has now earned a reputation as a world class port facility.

“We successfully tendered for this new contract against four other contractors and will be carefully co-ordinating works to minimise the impact on the tenant, who will remain in operation throughout the construction, as well as ensuring essential port services are not interrupted.”

It follows a series of several successful building projects carried out for ABP over the last three years by Midas Southern, based in Romsey, including a number of retail and office refurbishments at Town Quay as well as within the port itself.

“This warehouse is just the latest in an extensive and ongoing programme of investment designed to develop our business in Southampton with the best facilities in the country.

“It is a direct result of the £150million project to expand the container terminal here, which opens early next year and will enhance the port’s position as the leading gateway to the UK economy.” 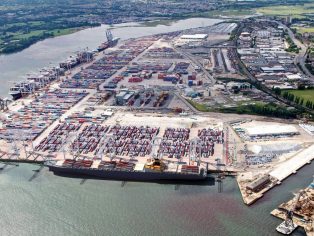