The Government is consulting on what it is calling “the biggest change to the private rental sector for a generation” by abolishing Section 21 evictions.

These are often referred to as short notice, or no fault evictions as they allow a landlord to quickly recover possession of a property. They currently account for tens of thousands of private tenancies ending each year and they are the single biggest cause of homelessness. However, landlords groups are warning that the measures could backfire and reduce the number of properties available for rent. They claim that many landlords have lost faith in the judicial system and will sell their properties, rather than risk going through lengthy and costly legal processes. After a decade of unprecedented growth in which it doubled in size, the private rented market is now the second biggest part of the housing sector. It provides homes to approximately 11 million people, with more than a million households raising their children in this sector. The average private tenancy lasts just over four years and roughly 90 per cent are ended by the tenants. Ministers say that private landlords have nothing to fear from the greater protections for tenants. They say that landlords will get more effective means of getting their property back when they genuinely need to do so.

In making his announcement in mid April, Communities Secretary James Brokenshire said: “This will bring an end to private landlords uprooting tenants from their homes with as little as eight weeks’ notice after the fixed-term contract has come to an end. “This will effectively create open-ended tenancies, bringing greater peace of mind to millions of families who live in rented accommodation. Many tenants live with the worry of being evicted at short notice or continue to live in poor accommodation for fear they will be asked to leave if they complain about problems with their home. “It will give them the reassurance that they will not be suddenly turfed out of their home and reduces the risk of being faced with having nowhere else to go.” Prime Minister Theresa May added: “This important step will not only protect tenants from unethical behaviour, but also give them the long-term certainty and the peace of mind they deserve.” Under the proposals, landlords will have to provide a concrete, evidenced reason already specified in law for bringing tenancies to an end. This is a marked change from the current rules, which allows landlords to evict tenants at any time after the fixed-term contract has come to an end, and without specifying a reason. To ensure landlords are able to end tenancies where they have legitimate reason to do so, Ministers say they will amend the Section 8 eviction process, so property owners are able to regain their home should they wish to sell it or move into it.

Court processes will also be speeded up so landlords are able to swiftly and smoothly regain their property in the event of tenants falling into rent arrears or damaging the property. Ministers will also work with other types of housing providers outside of the private rented sector who use these powers and use the consultation to make sure the new system works effectively. The news comes just weeks before the Tenant Fees Act takes effect on 1 June, which will save tenants across England at least £240 million a year – up to £70 per household – by banning unfair letting fees and capping tenancy deposits at five weeks’ rent. David Smith, Policy Director for the Residential Landlords Association said: “While the RLA recognises the pressure being placed on Government for change, there are serious dangers of getting such reforms wrong. For all the talk of greater security for tenants, that will be nothing if the homes to rent are not there in the first place. We call on the government to act with caution.” “With the demand for private rented homes continuing to increase, we need the majority of good landlords to have confidence to invest in new homes. This means ensuring they can swiftly repossess properties for legitimate reasons such as rent arrears, tenant anti-social behaviour or wanting to sell them. This needs to happen before any moves are made to end Section 21.”

The Government’s own data shows that it takes over five months from a private landlord applying to the courts for a property to be repossessed, to it actually happening. The RLA argues that it is vital that a reformed and improved court system is able to bed in and the grounds to repossess properties are properly improved before making changes to Section 21. This would follow the lead set in Scotland. Housing campaigners and charities warmly welcomed the Government’s announcement, although Labour’s John Healey said that private tenants still needed protections from unfair rent increases and from unsafe living conditions. Polly Neate, Shelter’s chief executive, said the Government deserved great credit if it delivered on the promise quickly and the change would transform lives. She said tenants were often given contracts “shorter than your average gym membership, who live in constant fear of being thrown out at the drop of a hat”. Shelter claims that one in five of families who rent privately have moved at least three times in the last five years, and one in 10 say that a private landlord or letting agent has thrown their belongings out and changed the locks. The Citizens Advice chief executive, Gillian Guy, said the change was a “groundbreaking shake-up” and it would prevent landlords from “evicting tenants for simply complaining”. Recent research by Citizens Advice had shown that tenants who complained about their landlord or the state of their rented home had a 46 per cent chance of being issued with a Section 21 eviction notice in the following six months. 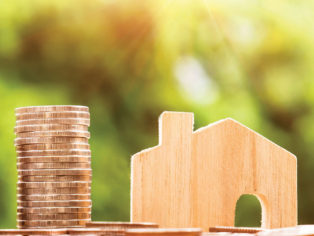