Kayin Dawoodi (30), from Loughton, has been awarded the Young Structural Engineering Professional of the Year Award 2014. The Award is presented annually by The Institution of Structural Engineers to recognise outstanding young talent in the engineering profession and raise awareness about the vital role played by structural engineers – the guardians of public safety.

Kayin, who has been an engineer for seven and a half years, was presented with the Award in recognition of his work with US Charity Bridges to Prosperity on their pilot “BridgeTOOL” project last year.

The project saw Kayin lead a team in the construction of a fifty metre long suspension bridge across the Muregeya River in Western Rwanda. This pilot project hopes to become the template for of a range of engineering learning resources, designed to empower similar communities in developing nations around the world.

“Working on the BridgeTOOL project was an incredible experience. It changed the lives of thousands of people in the area and shows how vital engineering is – and how much we take it for granted at home. It’s a great honour to be presented with this Award and I would like to thank everyone at the Institution of Structural Engineers for their interest in my work.”

“Our congratulations must go to Kayin for what the judges agreed was the outstanding entry in a very strong competition. It is a wonderful example of how engineers can deliver the most astonishing lift to communities in developing nations through volunteering their time on apparently simple projects – and illustrates how crucial such skills are to the progress of such countries. Kayin’s bridge design was elegant and we look forward to seeing BridgeTOOL grow and prosper in the coming years.”

For more information on the Young Structural Engineering Professional of the Year Award 2014 visit www.istructe.org 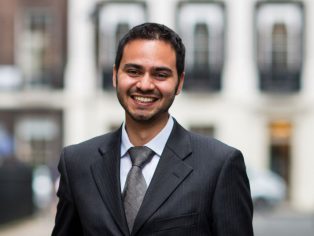