London increases market share by 6.3%, becoming the hottest region in the UK for residential construction

Brands with a traditional focus on retail are confirming for kbb at May Design Series in a bid to expand into London, in pursuit of new and profitable projects. This is supported by 40% of the total value of residential contracts in August alone based in London and the South East, with value totalling over £680 million.

Envirotec Showers launched at May Design Series 2013 and decided after such a successful inaugural outing that 2014 was must-attend. Mike Hayward, Managing Director or Envirotec Showers said:

“The London show attracted a plethora of well-established developers and builders – an entirely new strategy arm for Envirotec. This lucrative market was placing bigger orders – different to what we had seen before. Mike went on to say, “We are now working with a private landlord who has over 600 properties across London and the UK all looking to be fitted with Envirotec Showers.”

DOCA too reported success and the importance of a London show. Steve Holgate, Director at Doca said:

“DOCA wouldn’t have got where it is today without working with national house builders and because of our successful promotion and presence in key shows such as May Design Series it’s a key element of our growth strategy. London is very much the business hub of England so you are most likely to reach the greatest audience there.”

“May Design Series offers us the perfect vehicle to launch our new Eco Bathroom modular furniture to professionals within the building supply chain that we have not previously reached. Our objective is to raise awareness of Eco Bathroom brand and products, within these sectors and drive sales through our retail and merchant partners. Eco Bathrooms Y-O-Y growth is tracking at 20%, and we are sure that taking part in May Design Series will increase our growth trajectory higher in 2015 and 2016.”

“We’ve seen a surge of mid to high-end kitchen manufacturers looking to increase their market share in the London / South East developers market, for example Leicht, who already have a strong presence in the South are returning to kbb in London. This has created an influx of other German brands such as Rotpunkt and Nolte confirming for London. Unique to our London show are Italian brands Arredo3 and Comprex, while Spanish brands Doca and Xey return to the show.”

“It’s evident with the growth forecast in house build in the south of England expected until the end of 2015 that there is a demand for a greater choice in Kitchen + Bathroom design, and we are naturally seeing more brands exhibit at our London event. This too has filtered into bathrooms where we have seen RAK Ceramics, Pura Bathrooms, JJO and British Ceramics book into the show for the very first time. There’s been an abundance of Italian and Spanish bathroom manufacturers looking to rub shoulders alongside some of the more established exhibitors in London like Roman and Dornbracht too.”

This surge has seen a host of international and UK brands all seeing the appeal in a London show including RAK Ceramics, Hansgrohe, Ponte Veneto, Leicht and Salice all looking for kbb professionals specialising in project work.

kbb at May Design Series will take place from 17-19 May 2015 at ExCeL London. The 2015 event will be the first full-scale outing of the UK’s definitive, international furnishings fair. The latest list of exhibitors and product launches goes LIVE in November. 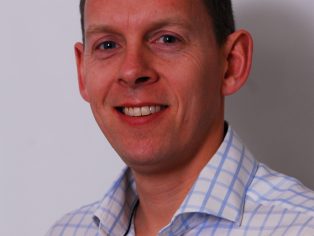