Architecture, sports and leisure firm, LK2 has exceeded its expectations with a 42 per cent increase in turnover this year, following an increased demand for the firm’s services, increased staff numbers and the opening of its London office in April.

The company, which celebrated its 20th anniversary this year, has welcomed eight new employees as well as the introduction of a marketing team, created to assist the continued growth of the business.

“2015 marked LK2’s 20th anniversary, so we were keen to utilise our strong client list and make strategic progress across the board. This year we’ve seen significant strides into our expanding niche market, which is a positive step forward for us.

“Throughout the year we have continued to build solid relationships with the Football Association and Sport England and we have been rapidly growing across our architecture and sport and leisure disciplines.

“Our new London presence and number of new instructions, have helped us to forge stronger links with London Borough Councils and we will be continuing our ambitious plans for growth into next year.

“We are already focusing on 2016 as we continue to expand, with key positions being advertised at both London and our head office in Lincoln.”

Increased demand in London and the southern regions has led to the firm taking a bold step and opening the London office.

Highlights for LK2 from 2015 include a Lincolnshire hotel and spa restored to its former glory following a devastating fire and the firm’s current £17 million project to redevelop the Buttermarket Shopping Centre in Ipswich.

The high profile opening of the £2 million re-development of sport facilities in Islington reflects only a small part of LK2’s Sport & Leisure portfolio in 2015, with over £10 million in grant aid secured against a wide range of projects.

“We have so many fantastic projects underway, which we are excited to complete over the course of 2016. 2015 has been a highly successful year for us and we are looking forward to delivering even more integral projects across the country over the course of the next 12 months.”

LK2 is a unique firm of consultants who specialise in architecture, sports and leisure project development. The business works on a number of schemes ranging from residential properties and office spaces to the development of town centres and large sports facilities. 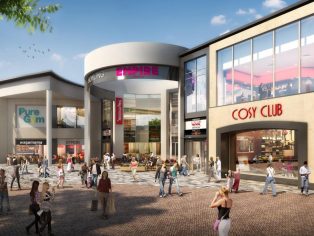