Lead is often perceived as a heritage material. That is understandable, considering that it has been used in construction for centuries, and there are examples all around us of lead on historic buildings still performing excellently a hundred or more years after installation, with minimal maintenance in the intervening years.

However, there is an ever increasing realisation that rolled lead sheet is a very suitable choice for use in the most modern of applications. Architects and specifiers are making use of lead’s aesthetic qualities, which actually improve with age as it weathers. It is often used in conjunction with other natural materials, such as slates or timber, often to meet requirements of planning regulations insisting that as much natural material as possible is used to blend in with the building’s surroundings in countryside settings, or to provide a look of quality and distinction on a modern, inner city building.

Indeed, the malleability and workability of lead enables intricate detailing and high quality specification to be fulfilled. An example of this was a garden house extension in Sussex designed by David Rea Architects. The building made use of rolled lead sheet alongside Siberian larch timber, winning a RIBA award, with the judges particularly impressed with lead fixing points on the facade. In a more urban setting, the refurbishment of Marconi House, site of the first BBC Radio Broadcast on the Strand in central London, made use of rolled lead sheet alongside Hilltop Autumn Green natural self-weathering slates, incorporating 54 lead covered dormer windows, to stand impressively among its salubrious surroundings.

A green and cost effective material

It’s not only British Standard lead’s aesthetic qualities that make it suitable for modern construction projects. It also measures up well on the most modern of criteria – its green credentials. Now included in the BRE Green Guide to Specification, rolled lead sheet has been awarded ratings of A+ or A over a large variety of typically used roofing and cladding applications, demonstrating that lead has a significantly lower carbon footprint than alternative materials. Separate research by Franklin + Andrews also confirmed lead’s impressive life cycle costs finding that, over a 40 year period, lead can be up to 50 per cent cheaper than manmade flashing products and over 65 years it is almost 100 per cent cheaper. The research also indicated that, unlike lead, man-made products are susceptible to degradation resulting from UV radiation. This can result in the breaking of internal bonds, causing brittleness and reducing flexibility, thereby impacting on life expectancy and weather tightness.

With lead’s resistance to UV degradation, its waterproof qualities and its ability to move in sympathy with buildings, it can be relied upon to give predictable performance for over 50 years. For this reason, manufacturing members of the LSA now offer a 50-year warranty on all rolled lead sheet that they sell, as long as it is fitted correctly, and to the specifications of the LSA’s Rolled Lead Sheet manual.

Supporting the industry for decades

In the interests of encouraging the highest standards of leadwork possible, the LSA offers a range of technical services to specifiers and installers of rolled lead sheet, including a telephone support service providing guidance on the correct installation of rolled lead sheet as well as site surveys and condition reports. Alongside these services the LSA has recently launched a Register of Leadworkers, in response to frequent requests to recommend a qualified leadworker. The register will have a dual benefit: leadworkers will be able to demonstrate the level of skills they have when asked to take on work and when promoting their businesses, and construction employers and the general public will be able to make sure the person they are selecting has the right level of competence for the job.

The LSA sometimes hears from specifiers that a possible deterrent to using lead in construction can be the perceived issue of metal theft. A little publicised fact is that lead forms a very small proportion of overall metal theft, typically less than 10 per cent. Furthermore, there is clear evidence that the perception of metal theft far exceeds reality. A 40 per cent reduction in overall metal theft has been recorded in the last year, building on similar reductions in previous years. The introduction of the Scrap Metal Dealers Act, which requires all scrap metal dealers to be registered and to record full details of every transaction, is a significant factor behind the sustained reductions in metal theft, with stiff penalties for any dealer found to be breaking the rules.

With British Standard lead’s longevity and adaptability to a wide range of applications, it is no surprise that the use of rolled lead sheet is proving as useful and relevant to modern construction today as it did to the Egyptians and Romans all those years ago. As Richard Murphy, a panellist at the recent RIBAJ seminar Lead – Sustainable, Versatile and Modern put it: “Lead gets you out of tricky corners”. 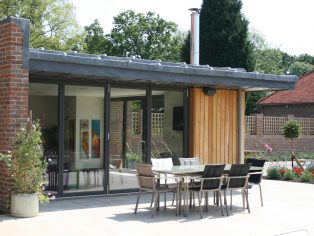 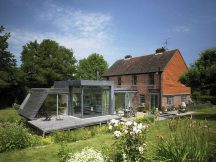