Lake District National Park Authority Planning Committee members gave their approval for the Wordsworth Trust’s proposed £6.2m development project Reimagining Wordsworth, which will see the conservation, adaptation and extension of the Trust’s property across the hamlet of Town End in Grasmere, Cumbria.

Pending second round approval from the Heritage Lottery Fund and other fundraising, work on the scheme is expected to start in Spring 2018, and to be complete by Spring 2020, in time to celebrate the 250th anniversary of William Wordsworth’s birth. As well as preserving and enhancing the heritage significance of Dove Cottage and Town End today and into the future of the location, the project will also reinterpret the Wordsworth Trust’s important collection of manuscripts, books and works of art, designated by the government for its national and international significance.

Centred around Dove Cottage, iconic home of the poet, the project draws on the expertise of world-leading specialists in the field of architecture, heritage and conservation, in order to revitalise one of the first ‘writer’s houses’ in England. Led by architect Rob Gregory, Associate at Purcell, the plans consist of seven core proposals including a museum extension and the provision of a new learning centre, with all proposals serving to create a more holistic and exciting visitor experience and support the sustainable development of Town End as a cultural destination and a living hamlet.

Wordsworth is synonymous with the dramatic landscape of the Lake District, recently designated as a UNESCO World Heritage Site. The architects have ensured that the natural surroundings are incorporated into the designs through the introduction of a range of viewing points and the sensitive enhancement of green spaces to make them more accessible for visitors. Working in close collaboration with interpretation designer Nissen Richards, Purcell has orchestrated a range of meaningful places that will be experienced across the site, paying particular attention to enhance the transition between key rooms and places.

“As is true of all Purcell’s work, we stopped, looked and listened hard before we put pen to paper. In Town End, this led to an appreciation of the existing townscape, and the qualities of space between the buildings, and the formation of four core themes that brought clarity to the design narrative; Townscape, Legibility, Orientation and Threshold.”

“The final design incorporates seven key proposals that thread their way through the hamlet, all of which centre on enhancing the existing yard. Through this we demonstrated that the Trust did not need to build a new Welcome Centre, but that they could create a new welcome at the centre of the hamlet, adjacent to, but not overshadowing the focal point of Dove Cottage.”

“The combined effect of our seven proposals creates a unified architectural approach that not only creates new qualities of legibility and orientation at the heart of the site, but also brings a coherent approach to the site as a whole.”

At the heart of the plans is the proposed extension and refurbishment of the Wordsworth Museum which includes a new double-height orientation space, a rooftop viewing platform where visitors can enjoy the surrounding landscape, expanded and enhanced gallery spaces, and level access to Dove Cottage Garden.

Two further proposals that have been approved include a new cafe on the site of the current shop, and the development of a learning centre on the site of the existing tea rooms. This new facility will help to bring greater prominence to the Trust’s increasingly diverse and extensive programme of activities.

Three new wayfinding gateways will be developed at each of the key approach points to Town End. These subtle architectural devices draw inspiration from the region’s traditional sheep folds, providing gathering points to shepherd visitors in the right direction and to introduce a narrative to their journey through sound and typography.

At the centre of the site a new piece of townscape has been approved, a level yard, creating a space that functions as a new heart for the site. Set between a cluster of buildings, the yard would be a crucial threshold for entry into the museum, Dove Cottage and the cafe. A welcome, shop and introductory exhibition on the ground floor of the Museum will provide a single point of entry for visitors, improving access and orientation for all areas of the site.

A further stage of the plans will see the creation of a side garden that will serve to ease the transition between the Wordsworth Museum and Dove Cottage. This intimate and informal garden will begin the journey of taking visitors back in time; an immersive introductory film in the ground floor woodshed of Dove Cottage will complete the transition, prior to visitors entering William and Dorothy Wordsworth’s home.

I’m delighted that the Lake District National Park Authority has approved our plans for Reimagining Wordsworth. We are a step closer to realising our ambition, which is to bring Wordsworth’s poetry and legacy alive for more people. It will be a fitting tribute to one of our greatest poets on the 250th anniversary of his birth.”

Jeff Cowton, Curator and Head of Learning at The Wordsworth Trust comments:

“The project is an opportunity to experience William and Dorothy’s words in their freshness, as if we were alive in their time with their context and concerns. The project will allow more people to vividly feel their words and their meanings, broadening the appeal of the poet and his work.” 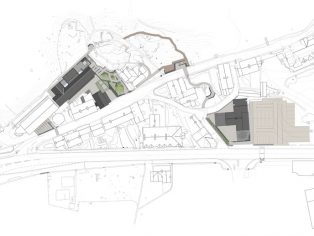 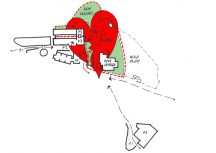 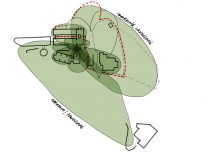 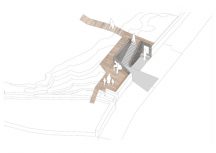 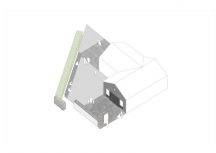 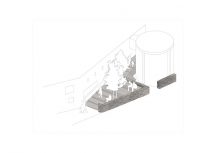 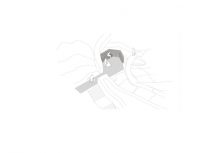 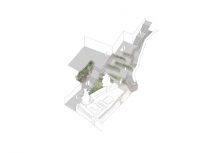