Landmark Estates, the residential and commercial property developer covering both London and the South Coast, is following a rapid expansion plan having exchanged on four sites in three weeks this month, taking its total development pipeline to over £40 million.

Landmark Estates has exchanged on sites across Winchester, Puddletown, Whitchurch and Waterlooville, continuing its dominance of the region’s development market.

One key acquisition for Landmark Estates is Saxon House in Winchester. Right in the heart of the desirable town centre, the site as an approximate GDV of over £2 million. Completion is set for September this year, when Landmark will convert a redundant office space into six apartments. Winchester has a thriving property market and Saxon House will offer investors and private buyers a great opportunity to secure a part of this historic city.

Following the strong track record of Landmark Estates in the Dorchester area, the company has exchanged on the purchase of Puddletown First School. This is a Grade II listed former school building, which Landmark proposes to convert into smart apartments with an additional detached new build houses, each with outdoor space and off-road parking. Start on site is slated for Autumn 2015.

Landmark Estates has also exchanged on a 0.3 acre site on Fairclose Terrace, Whitchurch which will include the refurbishment of an existing cottage and the development of three new-build detached single storey homes. The proposed scheme, which goes to planning in September, will offer 12 off road parking spaces, 6 of which will be offered to a number of existing properties on Fairclose Terrace. The site has been identified within the local development plan as suitable for residential development and Basingstoke and Deane Local authority has already supported preliminary works on site. The site has an approximate GDV of £1.4 million.

Waterlooville is the location of Landmark Estates’ third site where the company has exchanged on a 0.25 acre site on Hart Plain Avenue. Previously a garden, Landmark Estates intends on building a single detached family home with an approximate GDV of £425,000. The proposed family home is located opposite a school and in walking distance to Waterlooville shops. Planning applications will be submitted in September.

“Exchanging on four sites in less than three weeks is a fantastic achievement for our land buying team on the South Coast. Focussing our ambitions on rapid expansion throughout the region is continuing to cement Landmark Estates as one of the most active developers in the market. These sites follow our recent successes at Fordingbridge Hospital, Glyde Path House in Dorchester and the purchase of Home Farm in Tidworth.” 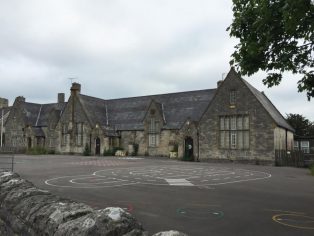