“In his speech to the Conservative Party conference last October, Sajid Javid announced plans for a consultation on how to encourage longer tenancies. That’s been the tone of the discussion ever since – consultation and encouragement. Frankly, right now, I feel we’ve been misled.

“This is supposed to be about meeting the needs of the consumer. NLA research with tenants finds consistently that around 40 per cent of tenants want longer tenancies, but 40 per cent do not. More than 50 per cent consistently say that they are happy with the tenancy length they were offered, and 20 per cent tell us that when they asked for a longer tenancy, they got it.

“We would accept that the flexibility of the current Assured Shorthold Tenancy isn’t used as effectively as it could be, and that we should be looking to find ways to ensure that tenants are offered the kind of tenancies they need at the time they need them. That means thinking about how to modernise a model devised 30 years ago, to take account of the changes in the people who are renting and the way they live their lives. How will that be achieved by moving to a more rigid system, more reminiscent of the regulated model the current system replaced?

“It’s like urging someone to update their 1980s brick-style mobile phone, but instead of giving them a smartphone, offering them a Bakelite dial phone plugged into the wall.

“This is a policy which the Conservatives derided when it was put forward by their opponents in the past two General Election campaigns. It’s hard not to see this as more of a political move aimed at the renter vote than a genuine effort to improve how the rented market works for all those involved.” 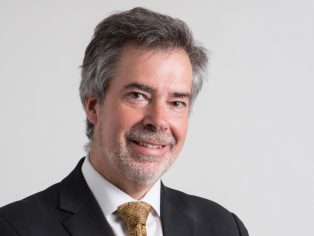