JLL to sell one of Edinburgh’s largest hotels

JLL’s Hotels & Hospitality Group has been instructed on the sale of the Edinburgh City Centre Haymarket Hotel.

The purpose built Edinburgh City Centre Haymarket Hotel is currently operated under a management contract by Premier Inn, but will be offered with the benefit of vacant possession providing significant asset management opportunity with the ability to rebrand. The property is freehold and offers significant scope for further development.

“The Edinburgh City Centre Haymarket Hotel provides an exceptional opportunity for an investor to purchase one of the largest purpose built hotels in one of the UK’s most sought after hotel markets. Recent sales, including the Radisson Blu and the Crowne Plaza, Royal Terrace, demonstrate the level of investment interest in the market. We have already received interest from a variety of market players.”

The hotel is located in a central location in the heart of Edinburgh in close proximity to transport hubs and the Edinburgh International Conference Centre. It has a bar and restaurant, five meeting and events spaces together with extensive car parking to the rear.

Edinburgh is one of Europe’s most sought after hotel markets, with strong demand from the leisure and corporate tourism markets. 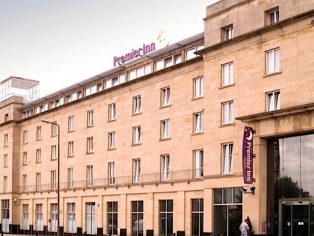