intu the UK’s leading owner, manager and developer of prime regional shopping centres has appointed Laing O’Rourke as the main contractor to build its multi-million pound extension of intu Watford.

“We are delighted to be continuing to develop our partnership with intu, and look forward to delivering this transformational retail project for Watford.”

intu recently announced a 113,000 ft Debenhams store as the anchor for the extension and has already confirmed some great catering names including Las Iguanas, Byron and Cabana, plus a nine scree²n Cineworld cinema. A number of new brands such as Kiko and Smiggle have also recently opened in the centre. 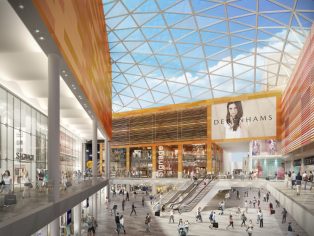