Industry Professionals Have Their Say on Progress of Planning (Scotland) Bill

Professionals and planners across the Scottish property, development and public sectors have delivered a damning verdict of the Planning (Scotland) Bill, ahead of a debate on its progress this week in the Scottish Parliament.

On Wednesday (12 September) The Scottish Government’s Local Government & Communities Committee will start to consider amendments to the Bill brought forward by MSPs.

But an in-depth survey commissioned by leading planning and design consultancy Barton Willmore has revealed high levels of dissatisfaction with the current direction of the Bill.  More than 100 industry professionals from across the private and public sectors, who work day in and day out with the planning system, completed the survey.

Headline findings, released last week, delivered a strong message to the Scottish Parliament with more than 92 per-cent of survey responders believing that the Planning Bill would not result in an adequate ‘root and branch’ review of the current planning system.

A further 85 per-cent said the Bill would not ‘improve delivery of housing and infrastructure’, while a further 90 per-cent of survey responders claimed that the Bill will not provide the industry in Scotland with a ‘strong and high performing planning system.’

Barton Willmore’s full research findings focuses on responses for four areas surrounding the content and aims of the Bill, examining the impact of its proposed changes on: delivery, inclusion, simplifying the system and the cost and resources involved.  In all, the survey covered a wide range of topics relating to the Bill with in-depth questions geared to understanding key issues such as greater community involvement during the planning process and how the introduction of Local Place Plans will impact on local development.

The survey revealed that 82 per-cent of responders felt that Local Place Plans will make the system more complex, with 87 per-cent adding that this would also become a resource burden for local authorities. More than two-thirds of responders thought that the introduction of Third Party Rights of Appeal would hinder delivery, with the same number believing this would lead to a more complex planning system.

And while 85 per-cent of survey responders thought that an ‘Infrastructure First’ approach and the setting up of a national Infrastructure Agency would improve development delivery, more than three-quarters thought that this would be another significant cost and resource burden for hard-pressed local authorities.

Stephen Tucker, a Partner with Barton Willmore’s Scottish operation, said: “This is the first survey of its type to be published on the Scottish Government’s planning review. We wanted to take an initial industry pulse on the Planning Bill as a whole while it is being debated in Scottish Parliament.

“What is overwhelmingly clear from our analysis of survey responses is that the Scottish Government is failing in following through with its original aims for the Planning Bill – especially in the key areas of improving housing delivery and the introduction of an ‘infrastructure first’ approach.

“And with a further raft of amendments from MSPs expected this week, we can anticipate a further watering-down of the planning rationale that should be driving the Bill. Local Place Plans and the increased use of Local Review Bodies is leading to an increase in the role of community engagement, whilst improving delivery of development, stimulating economic growth and making the system simpler are clearly falling further down the priority list for politicians.

“Time and again, our survey responders used the phrase “missed opportunity” in relation to the Bill, which is exactly what it is fast becoming.

“It’s clear that the direction of the planning review is now moving away from its initial aims of enabling housing and infrastructure delivery, and our survey findings see to confirm our view that such fundamental considerations are now less of a focus. Although the Scottish Government have stated that they are looking at infrastructure delivery through separate processes, this is something that we feel needs to be urgently and directly addressed in the later stages of the Bill’s progression through the Scottish Parliament.”

Barton Willmore will continue to discuss the survey findings with clients and organisations such as the Scottish Property Federation, Homes for Scotland and RTPI Scotland. 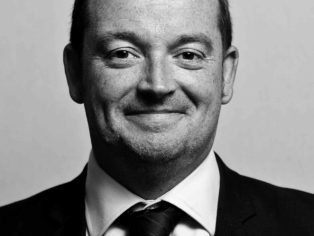