How will the Conservative social care policy change the shape of housing options?

For a considerable number of people, the likelihood that they will need to factor social care into their finances for later life is high. A recent Lancet study has also revealed that the number of pensioners needing social care is set to increase by one quarter by 2025, showing the trend continuing to grow.

The recent Conservative manifesto pledge, which suggests using property as an asset to pay for home care, has caused some controversy in terms of solving the problem of increased care needs. It could also present some significant changes for housebuilders and developers, in terms of property available and care choice decisions being made by the elderly.

Using property as a financial asset to fund home care will see a significant redistribution in the money available for the poorer end of the spectrum. However, even with a cap possibly in the pipeline, the current legislation is not clear on how much equity can be taken from someone who needs home care. This, naturally, is a cause for concern for homeowners, as the uncertainty around the figures could affect their finances considerably. The policy also fails to be proportionate to property cost fluctuations, as the ‘blanket’ approach of £100,000 doesn’t consider differences in property prices across the UK in the same way that a percentage would.

We can conclude that properties owned outright (meaning there is no mortgage or borrowing against the house) by those aged 65+ would be the most likely to be affected by changes in legislation. Across the UK, that’s almost 5.1 million properties (5,082,168) which could soon be factored in to home care costs.

Unsurprisingly, this is not split evenly across the country, with areas such as London having the highest volume of homes that fit this criteria (809,110), followed by the South East (600,400) and the East of England (562,291). Areas such as the North East and Northern Ireland have a significantly smaller pool of homes of this value, meaning there are far fewer properties at risk.

In addition, when we remove all the properties in the UK worth less than £100,000, the average home price across the UK rockets. For example, the average cost for property in London owned by over-65s reaches £746,700 – leaving a huge potential amount of money which could be taken to fund care.

This means the amount of money available in property across the UK changes dramatically depending on region. While a ‘cap’ is reportedly being discussed as part of conversations after the election, there is currently no clear limit on how much customers could end up paying. While the floor of £100,000 means that consumers needing home care will not be left with anything less than this, the amount that could be taken from their property is still considerable depending on their location.

So what would this mean for elderly residents, and their housing and care options? The value of property is something which has been incorporated into care home costs for years and these changes could make care homes or other forms of retirement living a more appealing option for the ageing population.

From a building perspective, it will be interesting to see how the potential changes in funding will alter people’s choices when it comes to the care they choose in their older years. This could work out in a variety of ways, whether property owners either continue with care in their own home or potentially choose to move into more advanced retirement accommodation.

If this law does come into force, it will be very important firstly, that builders and developers watch the behaviour of older consumers. They may well need to evolve their offering for older generations appropriately, taking into account the potential changing of funds and attitudes to home care. Housebuilders should consider investing more money into retirement villages, as home care will no longer be a viable option for safeguarding their property. Retirement villages could then act as the bridge between care homes and home care which consumers may turn to.

The one thing housebuilders and developers should be prepared for, regardless of the election result, is change. There are still a lot of unanswered questions around this policy, but by understanding the needs of their customer, both economic and social, housebuilders can ensure that they are providing the right properties at the right time to the people who need them most.

From Patrick Tate, Director of Location Strategy & Analytics at CACI. 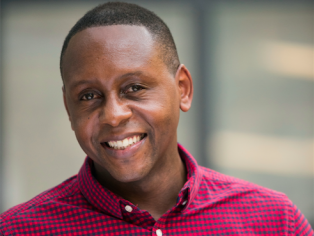