The trend for social landlords to grow through mergers has continued as the pressures to reduce operating costs and to increase the building of more affordable homes persists.

In the west midlands Bromford has completed a merger with Severn Vale Housing to create a new 44,000 home landlord. This follows an earlier merger with Merlin completed in July last year.

The new organisation, which will retain the Bromford name, has an annual turnover of £270m. Its chief executive Robert Nettleton, said: “The combined financial strength of our new organisation gives us a great foundation, enabling us to build more new homes and invest more in people.”

“By pooling our resources we can make a real difference by building even more new homes than we would have built individually. This year we’ll build more than 1,200 homes and we plan to increase that in the years ahead.”

Elsewhere in the Midlands, Longhurst is collapsing its group structure in a bid to save half a million pounds a year in running costs and to help it make quicker decisions. It owns more than 22,500 homes and consists of the group parent plus four subsidiary HAs: Friendship Care and Housing, Longhurst and Havelok Homes, Spire Housing and Axiom.

Over in East Anglia two HAs have joined to form the region’s largest landlord with a stock of around 28,000 homes. The larger of the two organisations, Flagship Group has acquired 5,000 home landlord, Victory Housing Trust as a subsidiary.

The new organisation plans to build 10,000 homes over the next ten years, while also investing £534m in maintaining and upgrading its existing housing stock over the same period. The merger is expected to save more than £38m in costs.

Peter Hawes, chair of Flagship, said: “We are both strong and successful housing associations, but together we can be even stronger and more successful. Collectively we have enhanced financial strength, greater effectiveness and efficiency, the ability to invest more in our existing homes, and support our customers.”

Meanwhile the largest provider of care and supported housing to older people in England has been formed through the merger of the Anchor Trust and Hanover.

The new 54,000 home landlord will employ 9,000 staff and has a combined annual turnover of £530.7m. It provides services across the whole of the country and works in nearly every local authority area.

Jane Ashcroft, former chief executive of Anchor, retains her role while Dr Stuart Burgess, former chair of Hanover, will lead the new board. A spokesman for the organisations said the merger would increase efficiencies, allowing them to negotiate better contracts with suppliers and pool resources.

Steve Coffey, chief executive for the new group and former chief executive of Liverpool Mutual Homes, said, “The vision for new Torus is driven by a shared commitment to the communities we serve and by a determination to build positive futures across our heartland areas.

“This is more than a joining together of landlords. As a larger, more diverse organisation – simultaneously landlord, property developer, commercial contractor and social entrepreneur – we’ll deliver our vision on a larger scale.” 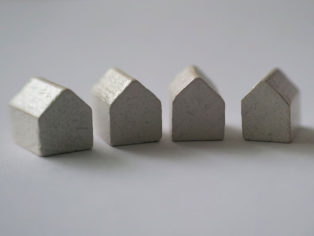