Houses of Parliament perfectly protected thanks to Newton Waterproofing

One of London’s oldest and most historic buildings has been given the very best protection by Newton Waterproofing.

The leading independent supplier of structural waterproofing systems, which celebrated 170 years in the industry last year, provided the perfect waterproofing solution for the Houses of Parliament.

In fact, Newton’s 170-year history, which is older than the current Palace of Westminster structure, is tied in with the Houses of Parliament, having provided materials and contractors on both damp proofing and waterproofing projects on the building on several occasions in its history.

When the original John Newton set up the company in 1848, one of his first major projects was supplying the plasterers’ hair for the Palace of Westminster, which was still being rebuilt after burning down in 1934.

For the most recent project, Newton’s Specialist Basement Contractor MacLennan Waterproofing was approached to specify a guaranteed waterproofing solution for the prestigious London landmark’s new basement.

Externally, Newton’s innovative ‘Type A’ 403 HydroBond membrane was applied extensively to ensure the necessary waterproofing around the basement.

With the finished solution in place, the waterproofing was completed by the application of both a polyurea coating and further drainage membrane to the roof deck of the basement.

The result is a waterproof basement fully compliant with the requirements of BS 8102:2009, coupled with guaranteed protection against water ingress.

“With many historic and listed buildings not benefiting from modern forms of protection, they are often subject to the detrimental effects of damp which must be treated with products that meet with the stringent Listed Building Requirements.

“For historic and listed buildings, cavity drainage systems are ideally suited for this application. When installed by qualified contractors, the systems depressurise and collect water that enters the structure, before removing it safely.

“Internal finishes are isolated from the water, leaving a dry and habitable space for the occupier even in the most demanding situations.”

The Houses of Parliament is yet another project that shows the utilisation of multiple Newton Systems to great effect.

“We have a rich history with the Palace of Westminster and both Newton and MacLennan were privileged to be the companies chosen to share in securing its future.”

For the right waterproofing help and advice with your next project, contact Newton Waterproofing on 01732 360 095 or email info(Replace this parenthesis with the @ sign)newtonwaterproofing.co.uk. 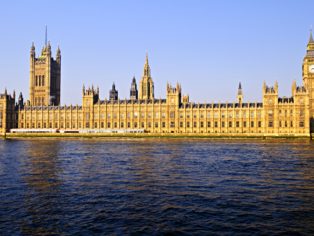 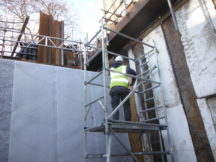 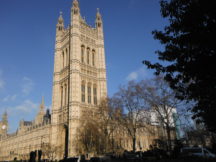 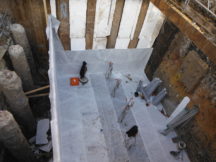