EDINBURGH, February 23, 2018 – House prices in Edinburgh and Glasgow are set to grow by 22% and 17% respectively over the next five years to 2022, according to new research from the UK’s leading property consultancy, JLL. Forecasts for the next five years across Scotland suggest more moderate growth of around 10%, marginally underperforming the UK five year forecast of c12%.

JLL’s residential forecast for Scotland shows that house price growth in Scotland has averaged 2.9% per annum over the past five years, aggregating to a 15% recovery. This price growth has come at a time when Scotland, like the rest of the UK, has continued to under deliver the number of homes needed to meet demand or to achieve the required targets.

For Edinburgh, the story of the next five years is one of unabated growth. Strong demand from buy-to-let investors, first-time buyers and the wider market is leading to multiple bids at closing dates for individual properties. A lack of new build stock coming onto the market will only fuel further increases. The five year forecast of c 4.1% per annum is one of the highest city growth forecasts in the UK, and the rental forecast of 3.3% increase per year, is significantly higher than the UK-wide forecast.

For Glasgow, the housing market has been characterized by a shift in interest during 2017 from an almost entirely build for sale bias towards an emphasis on Build to Rent. This shift is evident in Glasgow’s planning pipeline where there are currently around 2,500 units. Over the next five years, Glasgow city centre sales are expected to rise by an average 3.2% per annum, below that of many UK city centres but higher than the UK forecast. Rents in Glasgow are also set to grow at 3.2% pa over the same period.

“A range of factors are colluding to deliver more moderate house price growth across the UK, including Scotland, over the next five to ten years. However, and despite the intrusion of Brexit, we believe this transition will provide a more stable and healthy housing market. This new housing paradigm should be embraced and welcomed.”

“It is good for government, the economy, buyers, sellers and industry participants. But it will also take some getting used to. House price growth averaging 2.5% per annum in the UK for the next five years will not excite investors or homeowners, but will lay the foundations for a less volatile housing market in the medium-term.”

“Although we’re looking at five years of moderate growth across Scotland, the forecasts are somewhat skewed by the continued outperformance of both Edinburgh and Glasgow. Edinburgh in particular is forecast to see strong price growth as limited development activity creates further discord between demand and supply. There have been a few core city centre schemes in recent years but the high price points of these have not alleviated the undersupply of more ‘affordable’ private housing in Edinburgh’s City Centre.”

“But Glasgow too is set for an exciting few years and something of a revolution in housing terms. The Build to Rent sector seems to have dialled-in to Glasgow over the past year and is lining up to dominate residential development activity over the next few years. Not only are there thousands of units in the planning pipeline, but with UK-wide BTR operators behind this drive, the BTR transformation has greater weight, credence and certainty.” 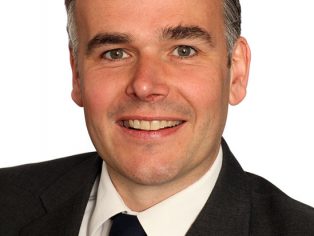