The winners of the annual New London Architecture awards have been announced today, 7 July 2016.

From a shortlist of 136 projects, 26 category winners were honoured across all sectors of London’s built environment.

Holmes Road Studios in Camden by Peter Barber Architects, which provides accommodation for 59 homeless people, was named the Overall Winner of the 2016 New London Awards.

The jury applauded the almshouse-inspired studio flats that will give its occupants a real sense of belonging, empowerment and self-worth to enable them to find their feet.

Peter Barber Architects also won best built project in the Conservation & Retrofit category for its Mount Pleasant Studios project, and a commendation for its Employment Academy scheme in the Education category.

“It is no surprise that our key awards have gone to housing, the lack of which remains at the top of the list of issues that face the Mayor. We hope that the best innovative thinking by London’s pool of talented designers, developers and constructors can be harnessed by Sadiq Khan and his Deputy Mayor for Housing to deliver the new homes the capital so desperately needs.”

Tony Pidgley, Chairman of Berkeley Group, received New Londoner of the Year Award for his substantial contribution to the capital, his companies having been responsible for the construction of some 40,000 homes in London over the last two decades.

Other projects recognised in the awards include: 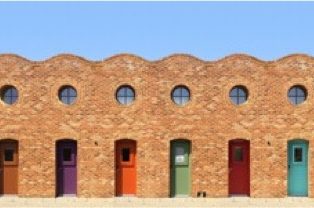