Amber Rudd has revealed the Yorkshire town of Harrogate will be the first area where existing welfare benefit claimants will be transferred onto Universal Credit, after telling Parliament she is committed to making the system fairer.

This will involve piloting a managed migration of the flagship welfare reform system from July, while trialling changes in how it works. Work and Pensions Secretary Ms Rudd made the announcement when appearing before a Commons select committee. It is one of various measures being introduced to make the benefit system more acceptable to MPs, campaigners and claimants. She said: “Obviously there’s been a lot of interest in what progress we’re making with our managed migration pilot and we have decided to go ahead and do that in Harrogate. We’ve chosen them because they’ve had Universal Credit for three years, they’re an experienced Jobcentre, and they’re an area with both urban and rural claimants.” Around 3,000 people registered at Harrogate Jobcentre are currently claiming legacy benefits. They will be the first of three million to switch over to Universal Credit by the end of 2023. Currently the combined benefit has only been paid to new benefit claimants, so the Harrogate pilot represents a real test of UC and it will be under intensive scrutiny.

In the latest of measures taken, DWP has awarded £39 million to Citizens Advice and Citizens Advice Scotland for an independent ‘Help to Claim’ service. People using the service can get advice on anything to do with applying for the benefit, including gathering the required evidence, filling in the application or preparing for their first Jobcentre appointment. Meanwhile a Conservative thinktank has recommended Universal Credit claimants should be compensated if their benefits are paid late or promised training and skills courses are not delivered. Bright Blue said it was unfair that claimants were sanctioned (had their benefits docked) if they failed to look for work or missed appointments, but Jobcentre officials faced no penalty if their errors left claimants in hardship. It also called for financial rewards for claimants who put “maximum effort” into their job search but were unable to find work. This could be a cash supplement built into benefits and a biannual £1,000 cash prize. All new Universal Credit claimants should receive a one-off upfront “helping hand” payment amounting to a quarter of the estimated first month’s benefit to help with the five-week minimum waiting time for the first payment. The thinktank said the long waiting time for initial payments was “difficult and distressing” for most claimants, and making non-repayable financial support available would soften the impact and generate goodwill. Bright Blue said it was broadly supportive of the online benefit system and said its research showed most people were adapting. But it said older claimants and those with mental and physical health problems often struggled with Universal Credit – particularly with the initial 35-day wait for payment – and its complexity and harshness was dissipating public confidence.

The Chartered Institute of Housing is among a host of organisations calling for the cap on benefits to be relaxed. Its deputy chief executive, Gavin Smart, said Universal Credit and the benefit cap had increased poverty and hardship among the poorest households in the country. He said changes in its rules and how it is implemented needed to be made. The Government’s justification for the cap was that it would encourage more people into work; restore “fairness” to the benefit system, by ensuring a non-working family does not receive more in benefits than a working family gets from going to work; and make financial savings. However, he said the select committee’s report showed that 82 per cent of those hit by the benefit cap are people who by the DWP’s own terms are unable to work for the time being, including single mothers of small children and those who are unwell. He said the CIH agreed with the Committee’s conclusion that the claim of “fairness” does not hold, because it fails to take account of benefits received by working families (such as child benefit), so that those in work are already better off even without the cap. Further, the Committee’s evidence shows that the cap is largely failing in its stated objective of getting people back into work with less than one in 20 households affected by it doing so. 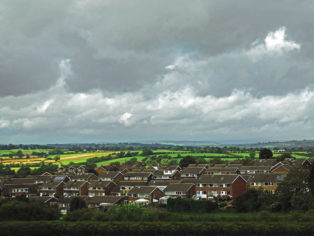