The government has provided nearly 800,000 new homes across England since 2009, according to new figures released on 11 June 2015.

The official statistics, published by the Valuation Office Agency, show the government’s plan to help hard-working families achieve their dream of home ownership and boost jobs and growth in the British house building industry is working.

“Today’s figures show how our efforts have got the country building again, with almost 800,000 additional homes delivered since the end of 2009.”

“Our radically reformed planning system has put power in the hands of local communities, helping over 200,000 households onto the property ladder through government-backed schemes. Whilst our efforts to cut the deficit have helped keep interest rates at their record low making mortgages more affordable.”

“This government is on the side of working people and is supporting their aspirations to own their own home.” 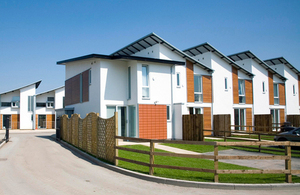