Demand for commercial office space in Glasgow has increased in the first six months of 2014, according to new research from JLL.

Since the start of the year there have been 105 new enquiries – an increase of 8 per cent on the final six months of 2013 – with the majority for city centre locations below 10,000 sq. ft.

Take-up of Grade A city centre accommodation was at 31,188 sq. ft., more than double the figure for Q1.

“We’ve seen significant demand for space in recent weeks, and we’re expecting that interest to result in a significant spike in take-up during Q3, with in excess of 100,000 sq. ft. currently under offer.

“Glasgow continues to be an attractive proposition for a wide range of business, ranging from financial and professional services firms to utilities and telecoms companies. The profile of enquiries we have received in 2014 reflects this variety.

“With the Commonwealth Games less than a fortnight away, Glasgow has the best opportunity it’s had for many years to market itself to prospective occupiers and I’d expect to see a knock-on effect in terms of enquiries in the second half of the year.”

Another significant deal saw Hays Specialist Recruitment secure a 10-year lease on a 9,255 sq. ft. space in the Spectrum building on Blythswood Street.

Looking forward, 2015 will see three new buildings brought to the market for a total of 453,000 sq. ft. of Grade A office space. 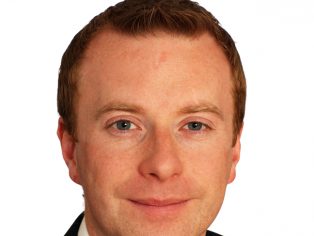