From Rome to the Royal Crescent

An exhibition of meticulously detailed architectural models by Timothy Richards at One Royal Crescent Bath, sponsored by The Heritage Lottery Fund (HLF) from February 11th until June 4th 2017.

Bath Preservation Trust will celebrate the 250th anniversary of the City,  UNESCO World Heritage Site, with an exhibition at One Royal Crescent, a magnificently restored Palladian town house which creates a vital picture of life in the late 18th century.

For 25 years Timothy Richards has been perfecting the art of making plaster models adding tiny details in glass, lead and gold.  He has magically miniaturised famous 18th century neo-classical buildings, master works from ancient Greece and Rome,  Chrysler and Flatiron buildings in Manhattan, revered American monuments such as the Lincoln Memorial and Capitol in Washington.

Richards attracts high profile clients from around the world, from Sir Terence Conran to Harvard University.  He practises plasterwork, in a tradition which returns to Jean-Pierre and his son Francois Fouquet, in pre-Revolutionary Paris, unequalled in our time. For once the word ‘unique’ applies.

He masterminds a team of assistants in workshops (not a factory) converted from a Victorian school building in Bath.  He grew up in Corston near Bath, studied art in Taunton, travelled widely and finally set up his workshops in 1988. The grand streets of Bath, he reflects, probably set him on his chosen path.

He has an affinity with the principles of neo-classical design, inspired by ancient Greece and Rome, later followed by Andrea Palladio (1508-1580) an Italian stone mason from Vicenza who became the most influential architect in the Western world.

In his own words:

‘ Georgian buildings can make you feel you are living in a palace, at least on its first, principal floor, known as the ‘piano nobile’.

Models by Timothy Richards, www.timothyrichards.com can be purchased from his website. 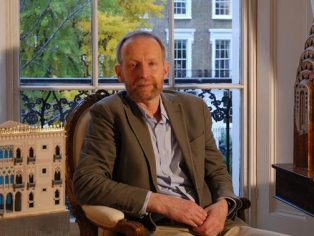 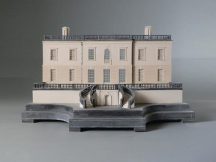 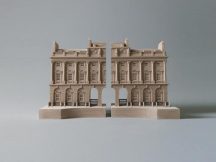