Newcastle City Council has approved plans submitted by FaulknerBrowns Architects, on behalf of PegasusLife, for a scheme which represents a new approach to later living in the city. This will be the developer’s first scheme north of Manchester, and their first collaboration with FaulknerBrowns.

Located in the fashionable residential suburb of Jesmond in Newcastle upon Tyne, the 63-home-development includes shared communal facilities, with a residents lounge and first floor podium gardens. The development, which will replace the unlisted and now vacated Newcastle High School for Girls, is unlike anything else seen in the city and will help transform the perception of what constitutes a good later living development.

The scheme sits within walking distance of the city centre, alongside a variety of eclectic boutiques, cafes and restaurants in the heart of the Brandling Village Conservation Area and South Jesmond Conservation Area. These areas were designated such in 1976 to protect the uniformity and architectural quality of their Victorian terraces and the formalised landscape and streetscapes that they created. The unique character of the site complements the social sustainability ambitions of this vibrant residential scheme.

PegasusLife has collaborated with the architects to develop a design which embodies the history, character and personality of the location, whilst providing unique opportunities to benefit the wellness and social lives of those who live there.

Taking inspiration from the development’s site on Eskdale Terrace, the elegant and restrained proposal adopts an extruded gable terrace form. By taking the common dimension of a single pitched roof of a domestic building within the conservation area, and replicating this feature in proportion to the proposed mass, the proposal develops a similar language to that of the existing built community.

By defining a modular approach to the design of the envelope’s composition and repeating this along the length of the building, the proposals offer a contemporary reinterpretation of the traditional terrace which reflects the materiality of its context.

“As with all of our projects we aim to bring forward buildings that are socially driven and environmentally responsive. Our collaboration to date with Pegasus Life has pushed us further into the residential opportunities facing our future, and has delivered a scheme for Eskdale that is rich in character and distinct in identity.”

“We are thrilled to be planning this scheme in Jesmond, and believe that the design we have created with FaulknerBrowns showcases our sensitivity to the local mores and environment. We aim to provide all of our residents with developments that enable and encourage an active and sociable retirement, and this plan fits with those aims perfectly.”

In addition, PegasusLife have been chosen as a preferred bidder for the former Jesmond Dene Nurseries site, also in Jesmond.

Here, FaulknerBrowns have drawn up plans for PegasusLife to deliver, subject to contract, a mix of 91 later living apartments and, with joint venture partners, 18 executive family homes. Early plans also include restoring and developing the historic police stables at the site, which will provide 30 additional hotel bedrooms and a spa facility for Jesmond Dene House Hotel. 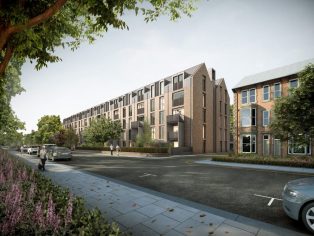 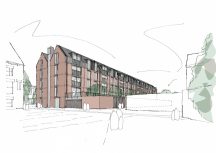