Exclusive blog: How London’s past is shaping its future skyline

By Clifton Smyth, pre-construction manager with McMullen Facades (part of the Lakesmere Group)

From the Lakesmere Group’s London office we are fortunate to have access to some spectacular views of the city’s ever evolving skyline and our vantage point on King William Street provides daily updates from some of our own projects.

You never have to look far beyond the emerging skyscrapers and towering cranes to see, and feel, the history that is so engrained within the fabric of the city itself.

Creating harmony between the city’s rich heritage and the needs of its modern-day inhabitants is a challenge that has faced architects throughout the ages and one that continues to dominate discussions about London’s construction market today.

Indeed, the Monument is just one of the ancient wonders of London that is visible from our office window. Built to commemorate the Great Fire of London that ravished the city in 1666, the Monument is also a symbol of progress and is a fitting tribute to the ambitious construction work that helped to rebuild and shape the London we know today.

This year marks the 350th anniversary of the Great Fire and in many ways, the love affair that London and many other major cities seem to have with vertical architecture can be traced back to the ambitious re-building boom of the late 17th century and of course, the Monument itself.

Designed by Christopher Wren and his colleague Dr Robert Hooke, the traditional colossal design of the structure and its high viewing platform has created a precedent that we see replicated around the world in the majority of modern landmark buildings.

As well as forcing a change in the landscape of the city, The Great Fire of London was also pivotal in re-evaluating the way in which buildings were constructed.  With much of the city destroyed, only those buildings that were made of stone, like St. Paul’s Cathedral and the Guildhall, survived in part.  Moving away from timber, the materials of choice for the ambitious rebuild were stone and brick and the influence of this is clearly evident today.

At the time of its construction between 1671 and 1677, the views that Monument afforded over the city were unrivalled but as the city grew, so did the height of its buildings.

The traditional facades of most of the buildings in the city of London remain predominately stone and over the years, more glass has been incorporated to enhance the internal environment.  As this trend has continued, the use of glazing and curtain walling has become a trademark for many of London’s new buildings.  The desire for the unrivalled vistas of the city’s ever-changing landscape once again being a main design consideration.

On a personal level, the Monument represents an important stage of my own journey as the very first building I worked on is located nearby. That was nearly twenty years ago and its façade of stone, glass and anodised cladding still looks great today.

We are now working on the re-cladding package of another building, located just opposite the Monument, on the corner of London Bridge. Once again, the brief will sympathetically fuse the history of the city’s traditional stone facades with modern glazing solutions.

Just like the Monument, every piece of architecture has a story to tell and a place in the city’s rich history books and outside of London, the emerging Northern Powerhouse is fuelling a similar regional renaissance.

As a specialist façade company, we are working with many leading architects and consultants to create new buildings that meet the needs of modern day users while also fitting comfortably with the city’s existing landscape and most importantly, respecting its past.

From the changing faces of residential properties to the next generation of commercial spaces and the evolution of transport infrastructure, the need to design buildings that are in tune with their local communities is vital in creating modern-day monuments that will stand the test of time. 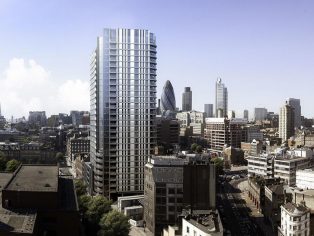 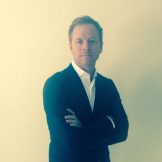