Exclusive blog: An industry back on track – but just in time for Brexit uncertainty

For most in the construction industry, 2016 has been a busy, more profitable year than 2015. But are we on the road to recovery and what does the future hold with Brexit looming?

The latest GDP figures showed that the UK economy had grown by 0.4% in the first quarter of 2016, with construction 4.3% below its pre-recession peak. However, the latest figures from the ONS (Office for National Statistics) indicate the construction sector in the UK declined by 1.1% between Q4 2015 and Q1 2016.

The main reason for the quarterly fall in output are declines in the infrastructure and private industrial sectors, as well as falls in the public sector more generally. Over the longer term, the private housing sector appears to be holding strong as output is 4.9% higher in Q1 2016 compared to the corresponding quarter in 2015.

However, the infrastructure sector declined by 5.6% over the quarter and by 8.1% compared to the first quarter of 2015, which has proved a drag on overall growth.

So there appears to be signs we are going in the right direction. In fact, the CPA (Construction Products Association) / Barbour ABI Index which measures the level of contracts awarded has reported an increase from the previous month which supports the view that overall activity in the industry remains strong.

So where are the hot spots? The figures for private housing, commercial retail and industrial were up significantly in the month while commercial offices has cooled and remained at last month’s level. This would indicate that the pipeline of work in the private sector remains strong.

To put some numbers on it, April witnessed an increase in construction levels with the value of new contracts awarded being £6.1 billion, based on a three-month rolling average. This is a 0.9% increase from March and a 10% increase on the value recorded in April 2015. Further, the number of construction projects within the UK in April increased by 10.5% when compared to March.

So the market looks positive but is this just a flurry before the EU referendum on Thursday 23 June?

There has been a lot of debate in the industry regarding the potential impact of a Brexit from the European Union. A survey by Smith & Williamson recently found that only 15% of construction executives favoured a UK exit from the European Union while a survey by KPMG found that 66% of construction industry professionals believe that Brexit would stop some EU investors from putting their money into London developments. But are there really such danger signs ahead if the UK goes it alone, or is it the fear factor at work?

Around half of the funding for London property comes from overseas investors, but EU countries are a small minority with countries like Russia and increasingly those in the Middle East having a much larger relative impact. They are unlikely to be put off if the UK decides to leave the EU as it will not affect the range of compelling economic, legal and lifestyle reasons they chose to live in London.

The big issue seems to be around the scaremongering of those who insist leaving the EU would make trade far more difficult with other European nations. However, we are in a global economy where it is in everyone’s interests to trade openly and freely. Also, the red tape imposed by Europe can often make it easier to trade with those outside the EU.

There is also the view that a key resource that we look to Europe for is labour. Exiting the EU would impact the ease of movement for labour and with the construction industry looking like it is on the up, the demand for labour is likely to grow. This means either free movement from EU members is going to be a greater necessity, or the UK is going to have to invest in training up a huge number of British workers to fill the gap.

What way we go will be decided in a fortnight’s time and at the moment it seems too close to call. What is clear though is that whatever happens, the industry will change – maybe not overnight but over time. Will this have a negative effect on our growing industry? I hope not. Will it help to improve global trade? I hope so. Will it help to create more jobs, I hope so. Will it be more jobs for the Brits or more jobs for the Europeans? We will find out. 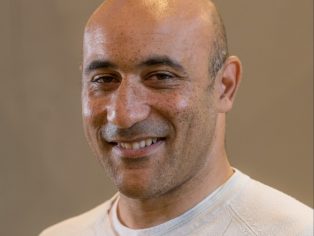