An employee of the Eric Wright Group since 1998, Adrian has more than 23 years’ civil engineering experience and has been involved in a multitude of major schemes during his tenure at EWCE including structures and highway contracts whilst he is also overseeing the company’s developing expansion into the Rail sector. He is a Chartered Member of the Institution of Civil Engineers and Chartered Institution of Highways and Transportation.

As a board member of CECA NW, Adrian will play a central role in the UK’s leading civil engineering trade association that safeguards the interests of over 300 members across eight regions which, together, carry out an estimated 70-80 per cent of all civil engineering activity in the UK, including transport, energy, communications, waste and water projects.

The organisation maintains close relationships with clients, government and the media to ensure that members’ expertise is shared as widely as possible.

Speaking of his appointment Adrian, said:

“CECA speaks up for the civil engineering companies that build and maintain the UK’s infrastructure networks and it is an honour to be invited to join the board.

“I look forward playing an integral role in the organisation’s communications and lobbying activities and providing support as it continues to safeguard quality standards and ensure that members benefit from the latest industry knowledge and government proposals.”

“With his extensive knowledge and experience of the civil engineering sector, Adrian will play a vital role in ensuring that the region’s civil engineering businesses maintain and continues to develop a strong voice in the North West and beyond.

“As Vice Chairman, Adrian will take on the role of Treasurer for CECA NW, and will then stand for election as Chairman in 2015. His contribution to the work of CECA NW has been invaluable, and I look forward to working with him as the industry climbs out of recession and starts to address the capacity issues that are so important to ensuring projects are delivered safely and effectively for its many clients.” 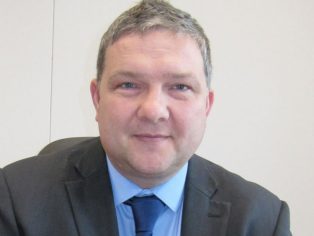