A2015 survey by the House Builders Federation and the National House Building Council (NHBC) revealed 93 per cent of people report problems to their builders, with 35 per cent of these finding 11 or more issues.

The problem of excessive defects, and how to prevent even more of them occurring if we build more houses each year, was

the subject of investigation by the All Party Parliamentary Group for Excellence in the Built Environment. It published a 44-page report on the matter, ‘More Homes, Fewer Complaints’, in July 2016.

The report made several recommendations, many of which related to regulation, but it didn’t address key issues of modern procurement methods – the practice of building houses through various contractors, sub-subcontractors and their suppliers.

We can look back 30 years ago to see the beginnings of this way of working when Sir Stuart Lipton and Peter Rogers were developing Broadgate in London. They came up with a new way of procuring buildings: rather than having a main contractor build everything with a directly-employed workforce, they split the building works up into packages, with the main contractor overseeing lots of specialist contractors.

Changes in contract forms also saw the decline of the Clerk of Works role – traditionally they were employed to look after the client’s interest and inspecting the quality of workmanship.

Today it is often the time-pressed site manager who assumes that role. And if you talk to snagging firms – which started to appear in the early 2000s as defects in new houses rose – the one thing that impacts on the number of defects in a new property is the calibre of the site manager.

How bad is it?

The NHBC’s annual report for 2015/16 shows that claims incurred fell eight per cent, reflecting a decrease in both net claims paid and the change in provision for claims. Net claims paid fell by seven per cent to £90m (2014/15: £96.5m) primarily due to lower settlement of storm-related claims, while the lower change in the provision for claims reflects the smaller impact of claims from the lower registration years of 2008/10.

Turning to the overall cost of claims, superstructure repairs such as external walls and render remained the most common cause of claims in the year, accounting for 38 per cent of claims reported, and the category of highest cost at £26.5m (2014/15: £32.4m).

In its last annual claims review in 2014, where claims made in years three to 10 of NHBC warranty cover, were dominated by two elements: roofing and superstructure. In 2014, pitched roofing accounted for 60 per cent of all claims.

Meanwhile, over 50 per cent of pitched roofing claims related to problems with mortar. This is an issue, which NHBC has been tackling since 2011 when it reported that 60 per cent of all its claims in 2010 had related to pitched roofs and over half of those were due to mortar. And, this, of course culminated in the most recent revisions of CP 142, now enshrined in BS 5534: 2014, the Code of Practice for Slating and Tiling in the UK.

Although not legally mandatory, compliance with BS 5534: 2014 is considered not only best practice, but also provides the best defence in the event of failures or disputes. The NHBC is vigilant in respect of the standard and, since July 2015, all new housing projects must comply with BS 5534: 2014 to qualify for its 10 year Buildmark Warranty.

Sometimes conflicts can occur between different systems of regulation: British Standards, Building Regulations and the NHBC’s own standards. What this tells us is that there is no substitute for experience and competency that needs to be demonstrated by those running sites, the specialist contractors installing the various elements, and the suppliers who, if reputable, will have technical experts who are au fait with the plethora of regulations.

The ‘More Homes, Fewer Complaints’ report made two recommendations around issues of quality and workmanship: that housebuilders should adopt a new quality culture and that the industry should significantly increase skills training programmes.

These are both areas in which suppliers can offer expertise, advice and training. More communication and information flow up and down the supply chain is the only way to banish problems with defects forever. 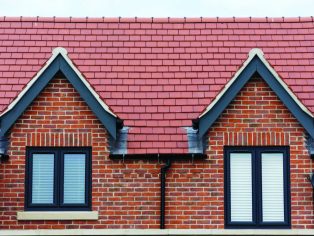