The UK needs new-build homes now more than ever. In fact, a new home needs to be built every 6 minutes in the UK to cater to demand. It’s ironic then, that at a time when we should expect business to be booming, the construction sector is struggling. In the wake of economic uncertainty, the sector has been hit hard, and this year residential building is, for the first time since early 2013, the poorest performing area of construction. We’re witnessing the slowest rise in construction output since Spring 2015, according to figures from the Markit/CIPS UK Construction Purchasing Managers’ Index (PMI).

Developers often face opposition from local councils who reject their plans. In fact, in May 2016, Strata Homes appealed against Kirklees Council’s decision to reject their development in Cleckheaton. The developer had planned to build 39 homes on land which was currently being used as urban green space. The local authority’s planning team voted against this with a unanimous decision. Local residents fought against the proposals too, but the developer is appealing the decision.

Leader of the campaign to reject the proposals, Graeme Raisbeck, said,

“Council local plans are giving huge swathes of green space over to house building over the next 15 years. Cleckheaton ward alone already has land allocated for 900 homes on the local land. But it seems developers are still not happy to pay any regard to protected land.”

Struggling sector
But it’s rejections like this that are preventing the current demand for housing being met. When developments are given the green light, developers are often criticised for homes not being large enough or affordable enough – or for building in the wrong areas. As a result, construction companies are suffering  – the figure registered by PMI was 54.2 in February, the lowest since April 2015. The growth of commercial building work has also slowed.

David Noble, group CEO of the Chartered Institute of Procurement and Supply said,

“The housing sector which once led the way with a robust performance, offered a poor show – the weakest growth for just over two-and-a-half years.”

Starter Home scheme
The government’s Starter Home scheme has also come under fire – the current website bills it as ‘coming soon’, but not a single home has been built for the scheme yet, and the government are surprisingly quiet as to when building may start. Already there are doubts about the viability of the scheme, with industry trade body professionals claiming the government target may be unachievable, given the planning delay. Will the government be able to reach the target of 200,000 new homes by 2020? It seems uncertain.

Housing charity Shelter and The Local Government Association expressed concerns earlier this year that these Starter Homes wouldn’t be affordable for most in need of assistance. Under the scheme, houses would be built specifically as Starter Homes, unlike the government’s Help to Buy scheme, which helps first time buyers to purchase a property that has already been built.

What does this mean for the construction sector?
Business confidence in the sector is at an all-time low, with many construction companies taking a cautious approach when it comes to employment – job creation is at its lowest since August 2013, in stark contrast to the hiring patterns of 2015. It seems this cautious approach also extends to purchasing strategies, and is indicative of the sector as a whole preparing itself for an extended period of slow growth in 2016. 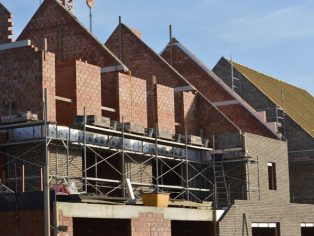