The UK’s first permanent design centre dedicated to developing relationships between China and the UK, launched at The Building Centre in central London last night. China Design Centre was opened by Sir Terry Farrell and Lord Wei at an event attended by leaders and decision makers in the design and built environment sectors.

In their opening addresses, Lord Wei and Sir Terry Farrell warmly welcomed the initiative. Both speakers focussed on the developing relationship between China and UK and the extraordinary opportunities created for designers and makers of both nations through close and sustained collaboration.

The China Design Centre is a permanent exhibition and event space, where visitors can explore changing exhibitions of contemporary design emerging from China. The experienced team will also facilitate new business ventures between Chinese and British designers, architects, manufacturers and developers.

The China Design Centre is the brainchild of Zheng (Jack) Qu, an architect with links to China and the UK. He recognised an opportunity to introduce a sceptical British market to excellent contemporary Chinese design, and at the same time help to develop creative partnerships between the two countries.

The Centre’s forthcoming programme of exhibitions and events covers architecture and urbanism, art and craft, materials, furniture and product design. The opening exhibition is called From Made in China to Designed in China. It opens at China Design Centre on Friday 2nd May and features the work of fifteen contemporary Chinese designers.

The China Design Centre is based at The Building Centre on Store Street, London WC1. It is open to the public every week day from 9.30am to 6.00pm, and on Saturday from 10am to 5pm. 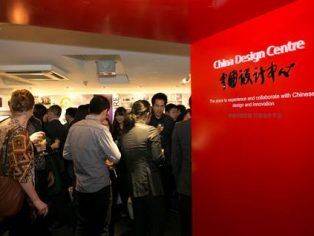