A Cheshire architectural practice is moving to double the size of its office network in order to serve its growing client base across the country, with support from Lloyds Bank Commercial Banking.

Ellis Williams Architects is an award-winning international practice that specialises in the education, commercial, sport, leisure, mixed-use and arts sectors.

Headquartered in Preston Brook, near Runcorn, the £4.5 million turnover practice employs 75 staff and also has offices in London and Berlin.

Ellis Williams is embarking on an expansion plan that will double the size of its office network from three to six branches as it moves to break through the £5 million turnover barrier within the next two years.

It will shortly have a presence in Liverpool after acquiring the Studio Three practice, which will be incorporated into Ellis Williams.

It also plans to open an office in Manchester city centre in early 2016 and has appointed director Tony Skipper, the former managing director of John McAslan Partnership, to lead the venture.

Ellis Williams is also seeking a site in Cardiff or Swansea for another new office.

“As a practice we have become much more of a national player over the last few years and we recognise the importance of being close to our key clients and contractors.”

“The economy is continuing to improve and we are seeing both the number and diversity of opportunities for new business increasing. In particular, we are experiencing growth in the commercial leisure and private rental sectors.”

“We are very optimistic that our steady growth will continue long term.”

“We have established an excellent relationship with Lloyds, which has been very supportive of our growth plans.”

The Practice’s plans are being supported by Lloyds Bank Commercial Banking, which is providing £500,000 in debt funding and working capital, as well as day-to-day banking services.

“Ellis Williams Architects is a dynamic and well-managed business that has some incredibly talented and creative people working on prestigious landmark projects across the country.”

“It is great to be able to support the firm’s growth ambitions, and we are striving to help more like Ellis Williams thrive through our SME Charter, which includes a pledge to lend an additional £1 billion net to small businesses every year until 2017.”

Current high-profile projects for the practice include the new Welsh National Sailing Academy and Events Centre in Pwllheli for Gwynedd Council, which is due to complete in July and hosts the 29er World Sailing Championships 2015. 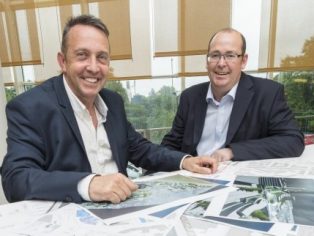 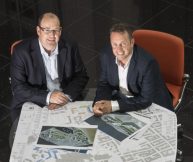