Eight leading creatives have been invited to work with G. F. Smith’s Colorplan range of paper to create a series of beautiful, surprising and colourful temporary installations across a range of sites in Hull city centre, which will be on show from 30 June to 9 July.

The creatives participating in ‘Paper City’ are Made Thought, Max Lamb, Bethan Laura Wood, Richard Woods, Joanna Sands, Lazerian, Adam Holloway and Jacqui Poncelet, all of whom have been invited to play with the most fundamental creative material – paper.

“In a world of transient communication and fleeting digital memories, paper offers texture and feeling, weight and sensation.  Paper reminds us that skill, craft, and creativity coupled with something as naturally beautiful as paper can leave a lasting and powerful impression”

As part of Hull UK City of Culture 2017, ‘Paper City’ is a major project within ‘Look Up’, a year-long programme of artists’ works made specifically for Hull’s public places and spaces that are designed to challenge people’s perceptions of Hull and offer different ways to experience the city.

A key element of Paper City will be the announcement of the World’s Favourite Colour; the result of a major survey by G. F. Smith, where thousands of people spanning over 100 countries world-wide have voted for their most loved colour via worldsfavouritecolour.com.

The result will be revealed via an installation by design consultancy Made Thought and a popup shop selling iconic British products customised in the world’s favourite colour, which will be situated in both Hull and G. F. Smith’s showroom for the duration of the exhibition.

To vote for your favourite colour, go to www.worldsfavouritecolour.com and be in with a chance to win a luxury holiday to the Lake District and visit the G. F. Smith paper mill.

Despite trading nationally and internationally, G. F. Smith remains fiercely proud of its Hull roots having been founded and based there for the last 130 years.

“…There is something in Hull which encourages an imaginative response to corners and details, sights and sounds, the effects of light and seasons.” 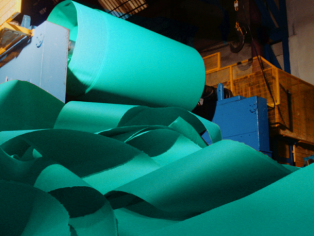 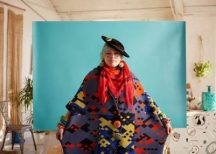 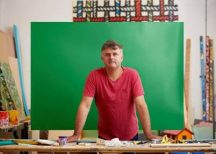