Established in June 1848, Newton Waterproofing Systems are the oldest suppliers of waterproofing and damp proofing products to the UK construction industry, and 2018 sees them celebrate an incredible 170th year of trading.

The company is still family owned and family run, and it is this family ethos and independence, coupled with their expertise and willingness to innovate that has allowed them to continually compete and grow.

Humble Beginnings
In 1848 the original John Newton recognised an opportunity to supply plasterers hair and ancillary products to the construction industry, collecting his raw materials from the tanneries in Bermondsey, South London. Such was his success that he supplied high profile projects including the rebuilding of the Houses of Parliament in the 1850s, and John Newton and Company Ltd went from strength to strength.

Inventing Damp Proofing
With the introduction of plasterboard in the 20th century rapidly eroding demand for plasterers hair, Newton was forced to diversify. Consequently, in 1937 the company designed and introduced the UK’s first physical damp proof membrane, ‘Newtonite’. An immensely popular product, Newton sold over five million square metres of the innovative membrane between 1945 and 1983.

The New Generation
It was during this time that Christopher Newton, great-grandson of the original John Newton, began his tenure at the family firm. From stoking the boiler in 1963, Christopher rapidly rose to Chairman in the 1970s, where he remains to this day. With Christopher at the helm, the company recognised the need to exploit new technologies and move with the times, resulting in two major developments:

Both of these introductions were so significant that, although the component products are constantly upgraded, the concepts have remained at the heart of damp proofing and waterproofing best practice for the past 40 years.

Innovation and Expansion
The turn of the millennium saw more innovation, and in 2003 Newton introduced the industry’s first approved contractor network, the ‘Newton Specialist Basement Contractors’. The network’s strict entry criteria maintains the high standards and guarantees required for Newton products, and now includes 40 of the best specialist waterproofing contractors across the UK and Ireland. The rapid growth that this generated also meant that Newton finally outgrew its original premises, and after 164 years in South Bermondsey the company relocated to Tonbridge, Kent in 2012.

Complete Solutions
The 21st century Newton Waterproofing Systems continues to grow, with 33 employees providing solutions for architects, developers, contractors and homeowners on projects from the smallest domestic basement, to high-end properties, commercial developments and extensive civil infrastructure projects. However, the company has not lost sight of the values of its family beginnings or its independence, and as Christopher Newton observes, it is this autonomy that allows the company to continually stand out from its competitors:

“I have always been proud to say that Newton is a family-run company, with a strong ethos that provides the foundation for the 21st century company. Alongside our independence this grants us complete impartiality and a valuable freedom, allowing us to grow and improve while consistently offering the highest levels of service and sourcing new and innovative solutions.” 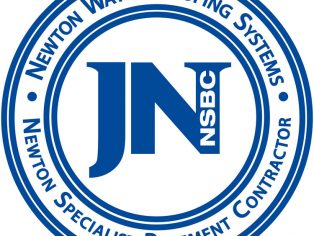 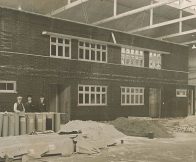 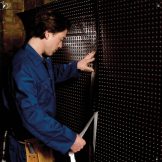