s a string of influential housebuilders and construction businesses report strong trading figures for the first half of 2014, the Build Show has welcomed these further indications of economic recovery, but warns that more needs to be done to tackle challenges to future growth.

Figures released by Barratt, Bovis, Taylor Wimpey and Galliford Try have revealed a steady upward trend in project completions, driven by a significant increase in consumer demand. Sales prices have similarly risen, with the average increase ranging from between nine and 15%, compared to 2013 figures.

Government support designed to boost the housebuilding industry is highlighted in several of the reports, with Bovis and Taylor Wimpey both pointing to the highly successful Help To Buy Scheme – the latter even goes on to state that the scheme accounts for approximately 42% of the private homes it has completed during the six month reporting period.

In the commercial space growth appears to be equally positive, with Galliford Try reporting several multi-million pound project wins across the education and infrastructure sectors – although the company also highlighted challenges around the supply chain and conversion of outline planning permissions.

“It’s encouraging to see that the positive frame of mind taking hold in the industry is being borne out in companies’ trading figures – although it’s interesting that the availability of materials and legislative constrains remain an issue.

“We recently conducted a significant piece of research amongst construction professionals and it was skills shortages, not a lack of materials, that was highlighted as the biggest obstacle in the way of industry growth. While we’re certainly very pleased to see that the housebuilding and commercial sectors are growing, we need to make sure that the right training and development support is in place to provide a skilled workforce capable of driving the continued expansion forward.

Taking place at the Birmingham NEC from Tuesday 28th to Thursday 30th April 2015, the Build Show is the most comprehensive contractor-based exhibition in a decade, bringing together contractors, specifiers, builders, suppliers, housebuilders, architectural technologists and clients, all under one roof. 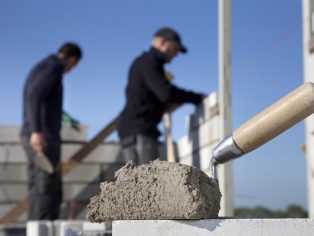